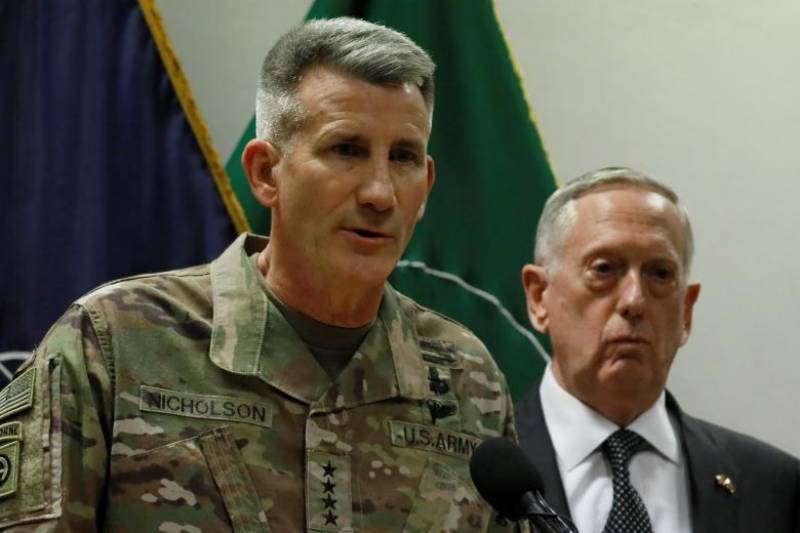 Kabul (Reuters): The head of US and international forces in Afghanistan said on Monday he was "not refuting" reports that Russia was providing support, including weapons, to the Taliban.

General John Nicholson was speaking in Kabul during a visit by US Defense Secretary Jim Mattis.

For some time, American officials have complained of what Nicholson once called "malign influence" by Russia in Afghanistan, but Monday's comments are among the strongest suggestions yet that Moscow is providing arms to the Taliban.

Asked about reports that Russia was providing a range of help, including weapons, to the Taliban, who control large areas of Afghanistan, Nicholson replied: "Oh no, I am not refuting that."

Moscow has been critical of the United States over its handling of the war in Afghanistan, where the Soviet Union fought a bloody and disastrous war of its own in the 1980s.

Russia has previously denied providing any material or financial aid to the insurgent group, but has said it maintains ties with Taliban officials in order to push for peace negotiations.

A senior US military official, speaking on condition of anonymity, told reporters that intelligence showed that Russia was providing monetary and weapons support to the Taliban, specifically weapons such as machine guns.

The supply of weapons has accelerated in the past 18 months, the official said.

Mattis, visiting Afghanistan for the first time as President Donald Trump's defense secretary, said that "any weapons being funneled here from a foreign country would be a violation of international law." As recently as late last month, on a visit to London, Mattis had declined to say whether Russian aid had included weapons.