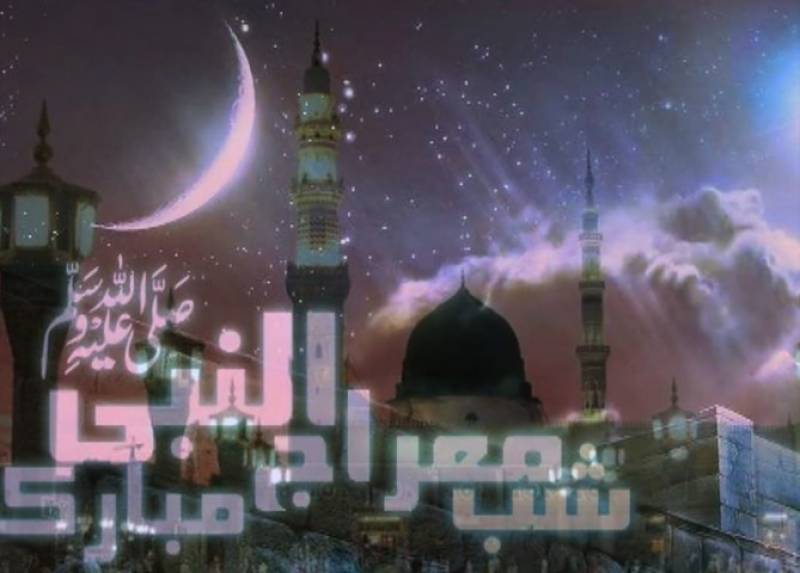 Lahore (staff Report): Muslims will celebrate Shab-e-Meraj, the night when the Holy Prophet Muhammad (PBUH) ascended to the highest levels of Heavens, tonight (Monday) across the country with religious zeal and fervor.

On this occasion, special prayers will be held in mosques to seek Allah’s forgiveness. Different Islamic and socio-cultural organizations will also arrange Mahafil where the religious ulmas will discuss the Miraj incident comprehensively.

According to Islamic calendar, The Muslims commemorate Shab-e-Miraj on 27th Rajab-ul-Murajab in which the Holy Prophet (PBUH) went on a special journey to meet Allah Almighty, crossing seven skies on the heavenly animal named al-Buraq.

The word Meraj is derived from Arabic word Urooj, which means height, or ascension. During Meraj, the command for five daily prayers (Salat) was also given to the Holy Prophet (PBUH).

Meanwhile, Sindh government has announced a public holiday for educational institutions across the province on Tuesday, April 25 on account of Shab-e-Mairaj.

Sindh Education Department stated that all government and private education institutions across the province will stay closed tomorrow.

‘Lailatul Qadr’ to be observed tonight with religious fervour