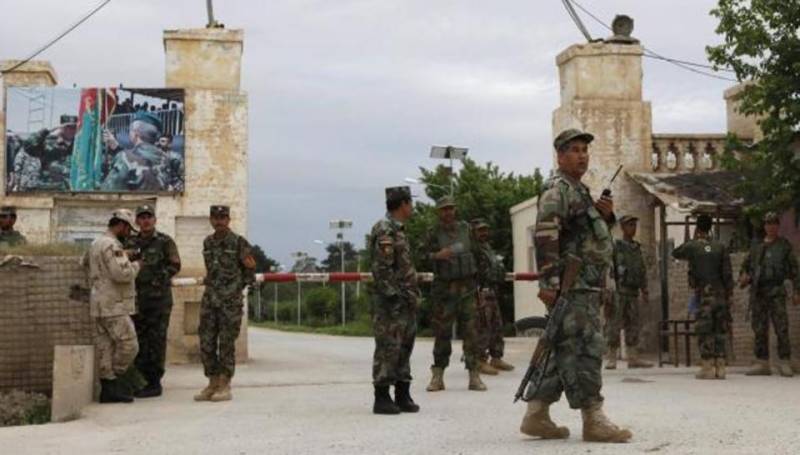 Kabul (Web Desk): Afghan President Ashraf Ghani on Monday accepted the resignation of defence minister and army chief, after more than 140 government soldiers were killed in a Taliban attack on an army base last week, the president’s office said.

According to details, at least one dead, 35 wounded in Kabul attacks

The presidential palace declared in a post on its Twitter account, “Defence Minister Abdullah Habibi and Army Chief of Staff Qadam Shah Shahim stepped down with immediate effect.”

Acting spokesperson for Ghani, Shah Hussain Murtazawi told international media that the resignations were because of Friday’s attack in the northern city of Mazar-i-Sharif. At least 140 soldiers were killed and many wounded, an official in the city said on Saturday.

According to details, as many as 10 Taliban fighters, dressed in Afghan army uniforms and driving military vehicles, talked their way onto the base and opened fire on soldiers eating dinner and leaving a mosque after Friday prayers. The attackers used rocket-propelled grenades and rifles.

The attack was retribution for the recent killing of several senior Taliban leaders in northern Afghanistan, Taliban spokesperson Zabihullah Mujahid stated on Saturday.