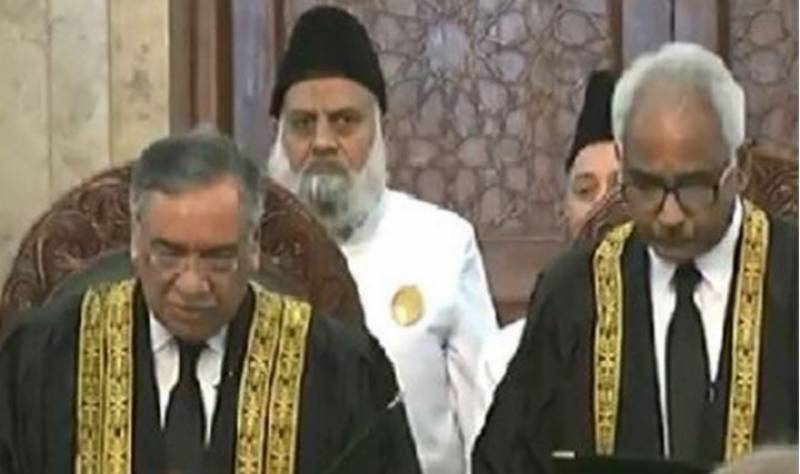 Chief Justice of Pakistan Asif Saeed Khan Khosa administered the oath at a ceremony in Islamabad.

The ceremony was attended by judges and lawyers of the Supreme Court.

On April 4, CJP Khosa called a meeting of the Judicial Commission to consider the proposed appointment of retired Justice Qazi Amin as a judge of the top court to fill the vacancy left by the retirement of former chief justice Mian Saqib Nisar.