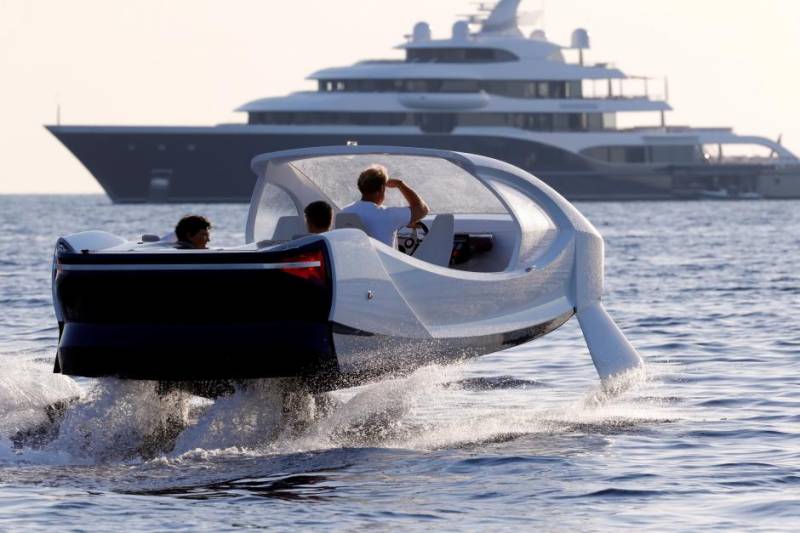 Paris (Reuters): French yachtsman Alain Thebault wants to turn a boat design he used to break a world speed sailing record in 2009 into a clean, fast taxi service for the waterways of major cities.

The SeaBubble won the backing of private investors - Thebault expects to raise between 50 to 100 million euros by the end of September.

Emmanuel Macron, France's pro-business president who wants to create a "startup nation", even championed the idea when he was economy minister. His office did not respond to requests for a comment about whether he still backed the project.

But like other startups, he fears his company will be held back by administrative bureaucracy if the idea takes off and he needs to grow fast.

“It’s a road full of obstacles for two seabirds like Anders (Bringdal) and me,” he said of his business partner, a Swedish windsurfing champion. “If it’s getting too complicated… we’ll go where it’s the easiest.”

He said it took two months for SeaBubbles to arrange a contract to lease two cars and a month for lawyers to register the company, a job he said could have been done in a few hours in some other countries.

The SeaBubbles prototype preserves its battery by rising out of the water on legs at speed. Paris mayor Anne Hidalgo gave support to the idea with a ride up the River Seine in June.

But the Bubble only has a chance of running in Paris if the authorities raise the Seine speed limit so it can go fast enough to rise out of the water, a request they have rejected so far. Hidalgo's office did not respond to a request for comments on the project, including whether she thought the Paris speed limit should be changed.

And while he got some initial funding from the state investment bank, it was demoralizing when two applications for 200,000 euros in government subsidies were turned down. A spokeswoman said the money could only go to companies with a "proven business case".

Thebault says "about 5" cities from around the world are interested in exploring whether the SeaBubble could become part of their public transport systems but he declined to name them.