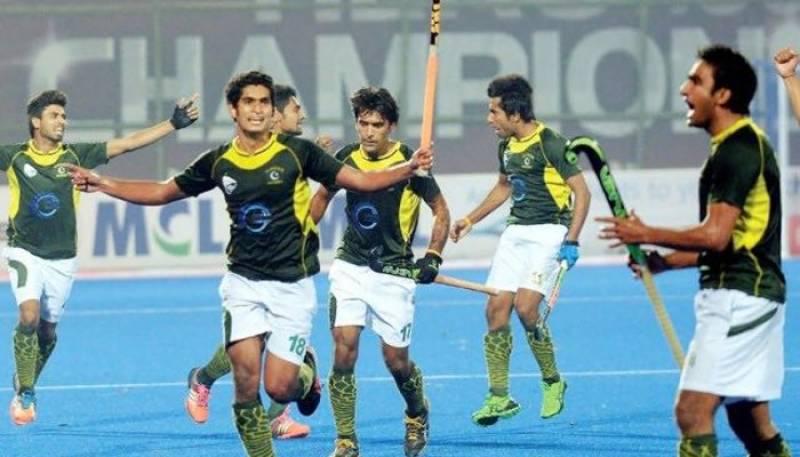 Karachi (Web Desk): Green Shirts has qualified for World Cup 2018 despite the poor show in Hockey World League due to the results of the ongoing European Hockey Championship.

National hockey team currently holding the 14th position in the world rankings – finished seventh in the FIH Hockey World League semi final, held in London, and anxiously waited to see if their performance was good enough to let them be a part of the blue riband event.

Pakistan men have qualified for the #HWC2018 following confirmation of the Semi-Finals of the #EHC2017 ???? Read more: https://t.co/rK6hOYzr1v pic.twitter.com/JLVAUhMxnW

The results of the EuroHockey Championship, currently taking place in Amsterdam, Netherlands, have been quite in favour of Pakistan, with all four of the semi-finalists having already qualified for the World Cup via the Hockey World League route.

However, the semi-finals of the European continental qualifier will be contested by Germany, England, Netherlands, and Belgium, all of whom have already achieved the World Cup qualification berth thanks to the top five finishes in the Hockey World League semifinals.