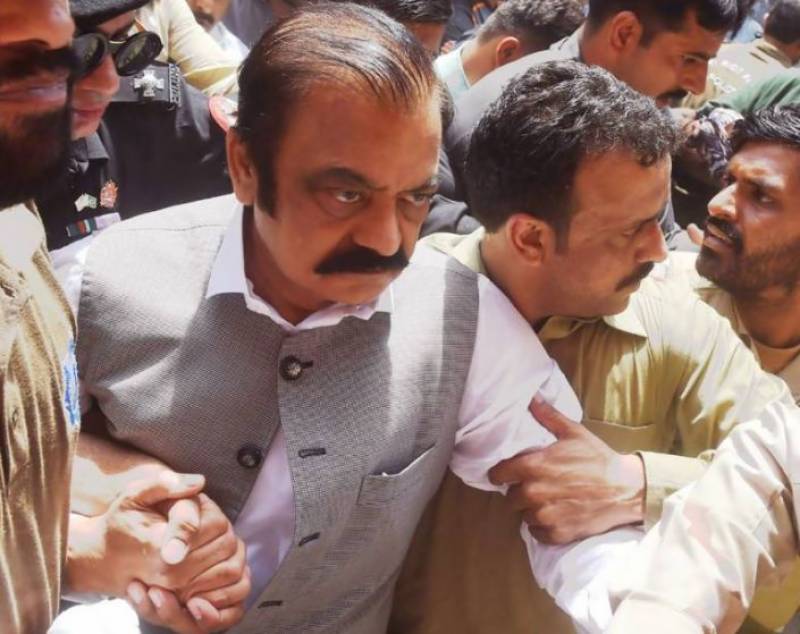 Rana Sanaullah was presented before Judge Masood Arshad upon the completion of his judicial remand.

During today’s hearing, the CCTV footage of Rana Sanaullah’s car entering motorway was presented before the court.

The court directed the Anti-Narcotics Force (ANF) to submit complete record of the case in the next hearing and ordered the ANF to produce the PML-N leader on August 28.

ANF arrested Rana Sanaullah from Motorway near Sukheki on July 1. He is accused of having ties with drug traffickers.

ANF officials claimed that they had recovered drugs from Sanaullah’s vehicle.