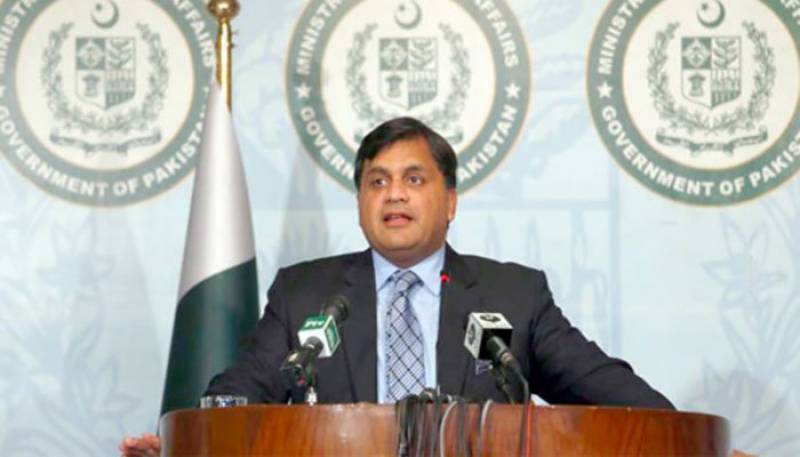 Islamabad (Web Desk): Foreign Office (FO) Spokesperson Dr Muhammad Faisal has said that Pakistan is fighting the case of the people of Occupied Jammu and Kashmir at all diplomatic forums.

Talking to a private news channel on Friday, the FO spokesperson said that Prime Minister Imran Khan was holding telephonic conversations with his counterparts of different countries for highlighting the plight of Kashmiri people.

Dr Fasial added that Foreign Minister Shah Mahmood Qureshi was also engaged in talks with the foreign ministers of all important countries for apprising them about the deteriorating situation in Occupied Kashmir.

To a question about Financial Action Task Force (FATF) meeting, the FO spokesperson said that the next meeting of the Task Force would be held in October this year.

“Pakistan has presented its case effectively regarding FATF,” he added.