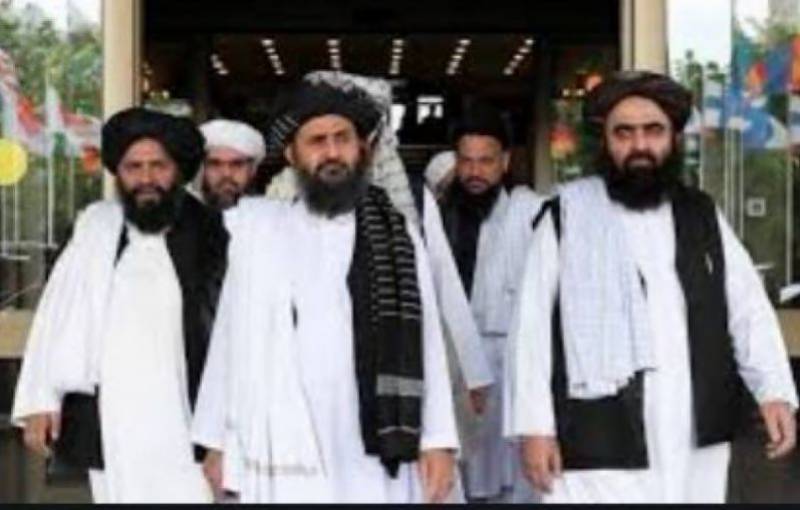 Islamabad (Web Desk): A delegation of Taliban arrived in Islamabad on Monday to discuss the ongoing Afghan peace process with the Pakistani leadership.

Earlier, Foreign office spokesperson Zahid Hafeez Chaudhry confirmed the arrival of the Taliban delegation and said that the Taliban leaders have been invited to Pakistan to discuss the way forward in the Afghan peace process at the invitation of Foreign Minister Shah Mehmood Qureshi.

On Sunday night, Taliban spokesman Suhail Shaheen in a series of tweets said, “A high-level Islamic Emirate [Taliban] delegation led by deputy political chief, Mullah Abdul Ghani Baradar, has left for Pakistan upon the invitation of the country’s Foreign Ministry to discuss the latest on the peace process, state of Afghan refugees in Pakistan, [cross-border] travel of people, and trade between the two neighbours”.

Today, a high-level delegation led by Mullah Abdul Ghani Baradar, Political Deputy-Amir, IEA and Director of the Political Office, left for Pakistan at the invitation of Pakistan's Foreign Ministry.

The delegation will hold talks with senior Pakistani officials

The spokesperson added that the delegation will hold talks with senior Pakistani officials about recent developments in Afghanistan’s peace process, relaxation and facilitation of peoples’ movement and trade between the two neighbouring countries, issues related to the Afghan refugees in Pakistan and other related topics.

policy pays visits to regional and world’s countries from time to time for furthering positive relations and conveying its views and stance to the world about the peace process.These visits were postponed due to the spread of COVID-19 but the series has been resumed now.

Political Office will pay more visits to other countries in near future as well.

The visit comes ahead of the much delayed intra-Afghan peace talks which were part of the deal signed between the group and the US in February and were expected to begin August 20 but got delayed.

Pakistan is seen as a key regional player in helping facilitate a February troop withdrawal deal between the United States and the Taliban to begin the process of ending 18 years of war. The agreement was intended to quickly lead to talks between the Taliban and the Afghan government but became mired in delays.