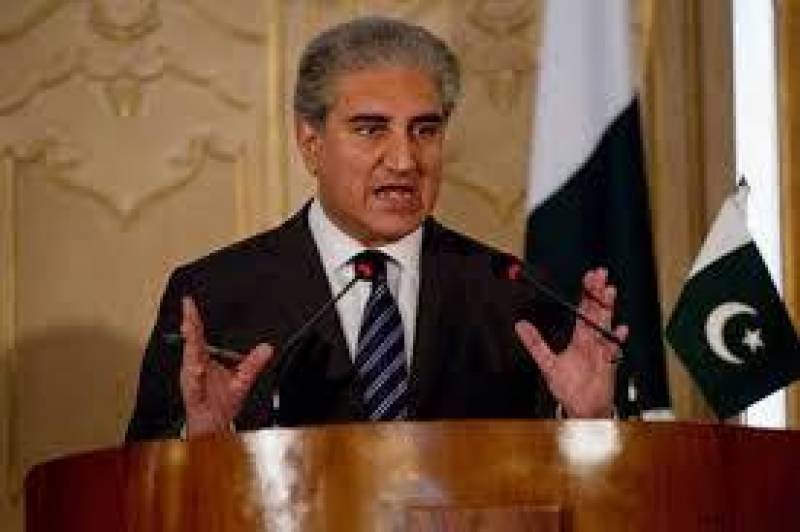 Addressing a news conference in Islamabad, the foreign minister rejected speculation that ties between Pakistan and Saudi Arabia have deteriorated over the past few weeks.

Shah Mahmood Qureshi said that the Kingdom has neither asked Islamabad to return its loan nor has it suspended oil supply to Pakistan.

Responding to a question, the foreign minister said that there is no change in the stance of Saudi Arabia on Kashmir.

Both Pakistan and Saudi Arabia are discussing different proposals, he said, adding that the Organisation of Islamic Cooperation (OIC) has several times passed unambiguous resolutions in support of oppressed Kashmiri people.

The FM pointed out that six political parties of Indian illegally occupied Jammu and Kashmir have rejected the Indian steps of 5th August last year.

“These political parties have forged an alliance, vowing to wage a joint struggle to revive the old status of the territory,” he said.

He said it is a clear message to Modi government that the Kashmiris have stood up against the illegal steps of August 5, 2019.

The minister said India undertook the illegal steps to change the demography of the disputed territory and disempower the local population.

He, however, said the Indian brutal acts of the last one year including military siege and communication blackout have not shaken the resolve of the Kashmiri people.

Qureshi said China also has been holding a clear stance on Kashmir issue that the dispute should be resolved under the UN resolutions.

Responding to a question about Israel, Shah Mahmood Qureshi said Prime Minister Imran Khan has categorically stated Pakistan's stance on the issue, which reflects aspirations of the people of Pakistan.

Answering another question, Shah Mahmood Qureshi said a delegation of Afghan Taliban is in Pakistan for consultations.

He said Pakistan's facilitating role on Afghan issue led to a peace agreement between the United States (US) and the Afghan Taliban.

“The next logical step is intra-Afghan dialogue which should be started at the earliest,” the FM said.

He said China has also been supporting the Afghan peace process.

To a question regarding China-Pakistan Economic Corridor (CPEC), he said that Pakistan and China have been resolutely pursuing the project and the pace of implementation of the project will increase in days to come.

The foreign minister said that CPEC will benefit not only these two countries but will also lead to regional connectivity.