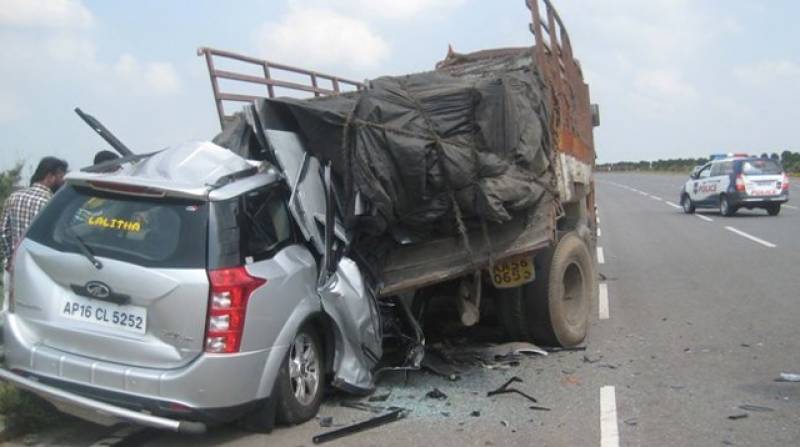 Hyderabad (Staff Report): At least ten members of a family were killed and several others were injured when two passenger coaches coming from opposite directions collided with a Suzuki van on Sunday morning on the Indus Highway near Sann.

According to police, two coaches — one coming from Sehwan and the other coming from Jamshoro — collided into the Larkana-bound van, sandwiching the vehicle. Police sources said that the accident occurred because the two passenger coaches were travelling at a very fast speed.

A man, four children and four women of a family ─ all van passengers ─ were killed in the accident and the van was completely destroyed, police added.