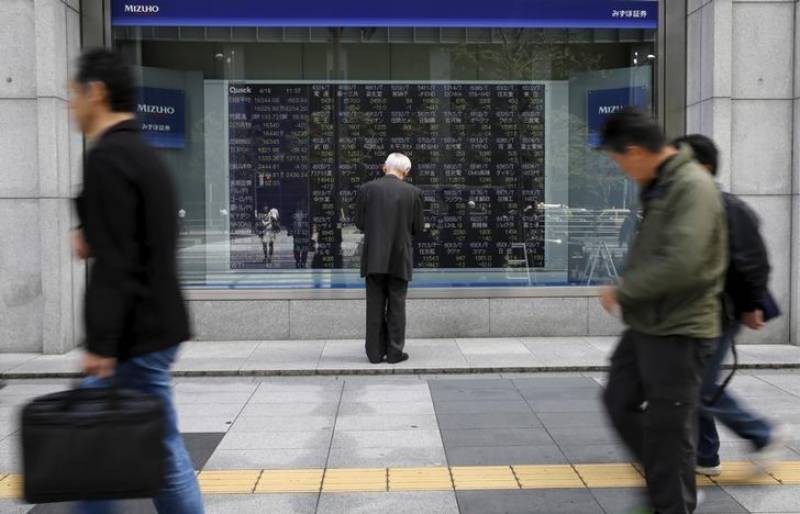 Tokyo (Reuters): Asian shares took a breather on Friday, slipping from 1-1/2-year highs as material shares were hit by sudden falls in copper and other commodity prices while investors assessed Washington's stance on tax and currency policies.

European shares are expected to be soft, with spread-betters looking to falls of up to 0.1 percent in major European indexes.

On Wall Street, the Dow .DJI managed to notch a record high for a tenth straight session, the longest sequence of record setting since 1987. It was also the longest streak of gains for the index since March 2013.

Oil prices held gains on data showing U.S. stockpiles rose for a seventh straight week but at a pace that was well below expectations.