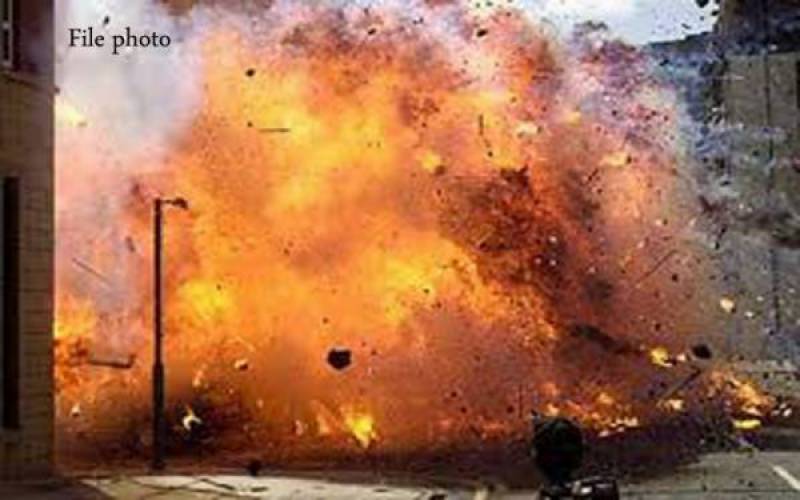 Quetta (Staff Report): A man was killed and nine others were injured in an explosion in Balochistan's Dera Murad Jamali city on Sunday.

Initial reports suggest that an improvised explosive device planted in a motorcycle parked outside a shop in the Mazdoor Chowk area detonated, leaving one person dead and nine others injured.

All the victims are civilians. Police were not able to immediately ascertain the intended target of the blast.

The wounded have been transported to a hospital for medical treatment.

Security forces have cordoned off the area and launched search operation.