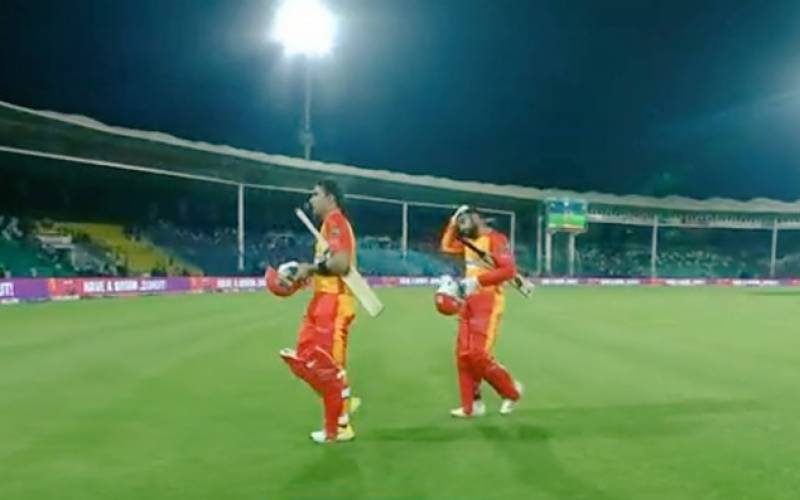 Islamabad United won the toss and chose to bowl first.

The innings for the home side were opened by Babar Azam and Sharjeel Khan who looked in fine form, hitting effortless boundaries to pick up runs.

The game picked up pace from the 8th over as Sharjeel struck one four and five sixes in just two overs, snatching control from United’s bowlers.