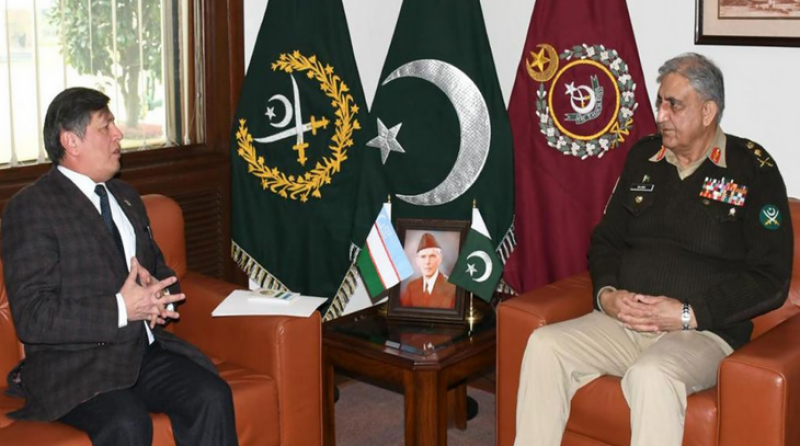 According to the Inter-Services Public Relations (ISPR), the COAS was talking to Ambassador of Uzbekistan Aybek Arif Usmanov who called on him at General Headquarters (GHQ) in Rawalpindi on Thursday.

"Matters of mutual interest, regional security situation and bilateral cooperation between the two countries were discussed," the statement said.

Both parties reiterated their desire to further enhance bilateral relations including efforts for peace and security in the region.

The visiting dignitary expressed his appreciation for Pakistan’s role in promoting regional stability and vowed to keep striving for better relations between the two countries, the ISPR added.