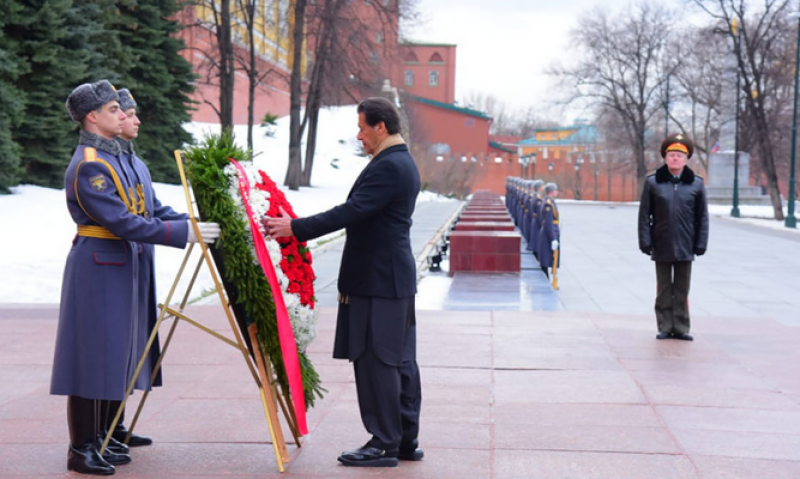 The premier, who arrived on a two-day official visit to Russia, on Wednesday, visited the memorial at the Kremlin Wall and paid his respects to the soldiers.

The national anthems of Pakistan and Russia were played on the occasion as the prime minister observed a moment of silence in respect for the fallen troops.

Members of the prime minister's delegation were also present on the occasion.

It is pertinent to mention that Imran Khan is the first prime minister, who is visiting Russia after two decades.