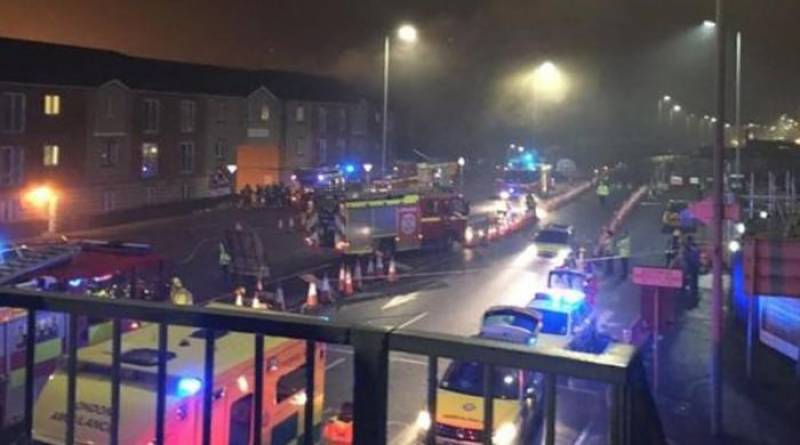 London (Web Desk): Residents have been evacuated by the local authorities after an explosion in ripped through a block of flats in east London.

At least five people were reportedly injured in the explosion on Monday evening. The injured were brought to hospital treatment.

Over 65 firefighters, police, ambulance staff and other rescue sources rushed to the property on Ardleigh Green Road, Hornchurch after explosion. The blast took place at a ground floor flat. Emergency service teams doused the building with water as smoke poured out of the building.

The cause of the explosion is not yet known.