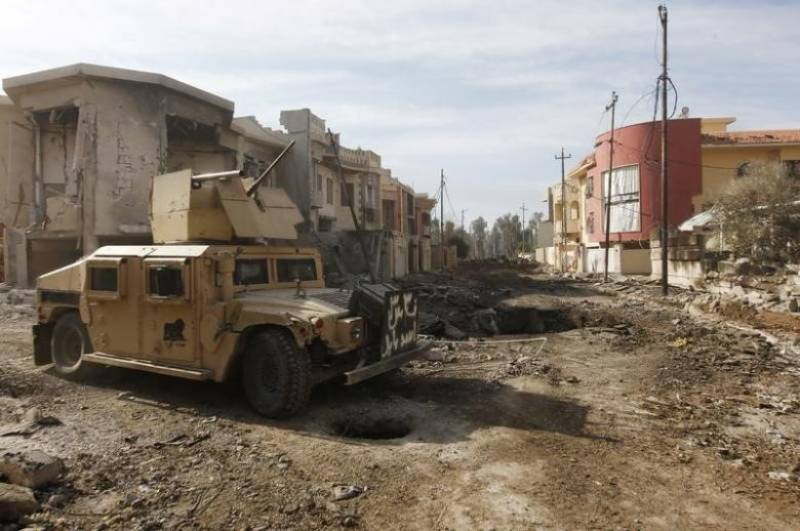 Baghdad (Reuters): Iraqi officials said that government forces had taken complete control of eastern Mosul, 100 days after the start of their U.S.-backed campaign to dislodge Islamic State militants from the city.

The deputy parliament speaker announced the capture of the east of the city, Islamic State's last major stronghold in Iraq, after a meeting with Prime Minister Haider al-Abadi. "We completed the total liberation of the left bank of Mosul and this is a gift to the Iraqi people," said Sheikh Humam Hamoudi in a statement.

The army on Sunday entered Rashidiya, the last district under the control of the militants on the east bank of the Tigris, said military spokesman Brigadier-General Yahya Rasool. Mopping-up operations were still under way on Monday to flush out remaining militants in a pocket in this northeastern district, he said in a statement.

A resident of Rashidiya said the army had stormed the area after air strikes destroyed a tank and car bomb the militants had been preparing to attack the advancing forces. A resident of Zanjali, a district on the west side of Mosul, said Islamic State fighters "have arrived from the left bank and are trying to find houses on the right bank", fleeing from the government forces' advance. The resident asked not to identified as the militants kill those caught speaking with the outside world.

Iraqi forces launched a campaign on Oct. 17 to retake Mosul from the hardline Sunni group, which captured the city in 2014, declaring from its Grand Mosque a "caliphate" that also spanned parts of Syria, ruled by its leader Abu Bakr al-Baghdadi.