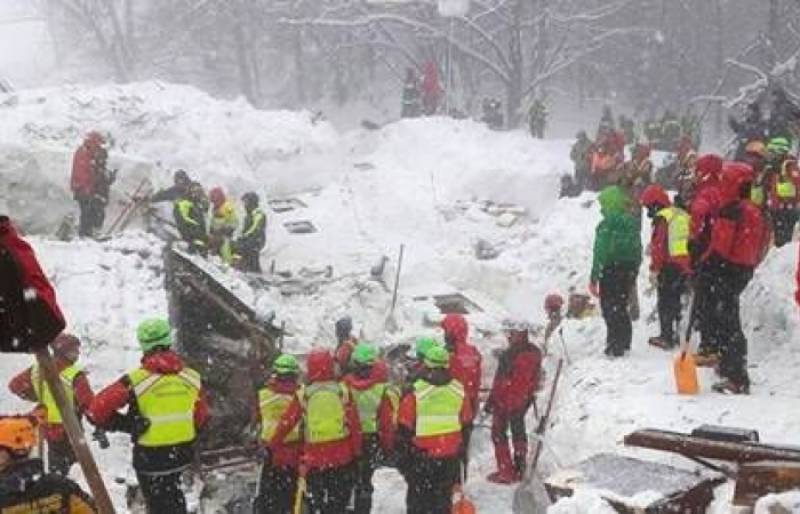 Rome: The death toll in Italy's avalanche disaster rose to 14 Tuesday as rescuers extracted the bodies of two women from a devastated hotel and continued their search for 15 people still missing, local authorities said.

Six other bodies were found between Monday afternoon and the early hours of Tuesday, the sixth day of what increasingly appears to be a forlorn search through the snow-covered wreckage of the Hotel Rigopiano.

Eleven staff and guests survived the disaster, two men who were outside when the avalanche struck on January 18 and nine people, including four children, who were found on Friday morning.