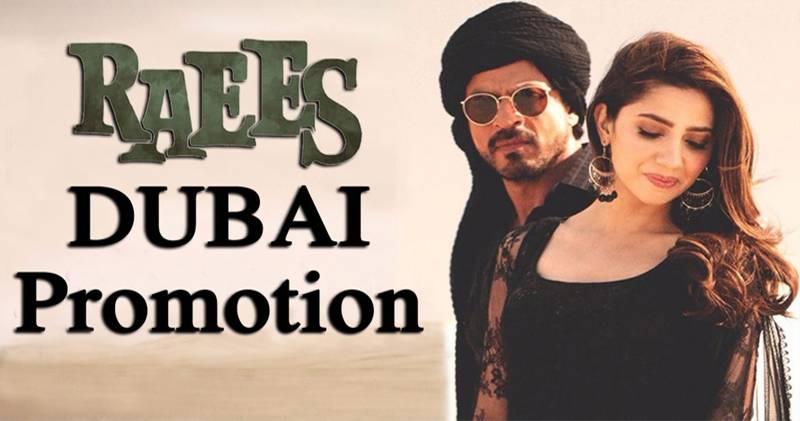 Lahore (Web Desk): Superstar actor Mahira Khan's finally reached Dubai for the promotion of her movie ‘Raees’, where she is giving interviews, making appearances and pulling off style statements left, right and centre.

According to the report of Khaleej Times, she won't be seen with her co-star Shah Rukh Khan in Dubai. The two actors are staying in the same hotel but on separate floors, so a joint appearance seems to be out of the question.

However, that doesn't stop Mahira Khan from having a good time! Talking about Raees during an interview with Khaleej Times, Mahira revealed that her role in Raees was sudden and much unexpected: "When I got the first call for Raees, I did not know how to react I was just numbed and frozen because it was too quick. I didn't know anybody in Bollywood. It was very random as I have never given my portfolio or met anyone. Someone saw my work, called for an audition and then said, come. All of this happened within a matter of a week. I couldn't digest it then and I am not able to understand it even now."

She revealed that she learned a lot from co-star SRK. "I am very grateful that I got to work with Shah Rukh for several reasons. He is a big star and I have learnt that the bigger you are, the harder you have to work."