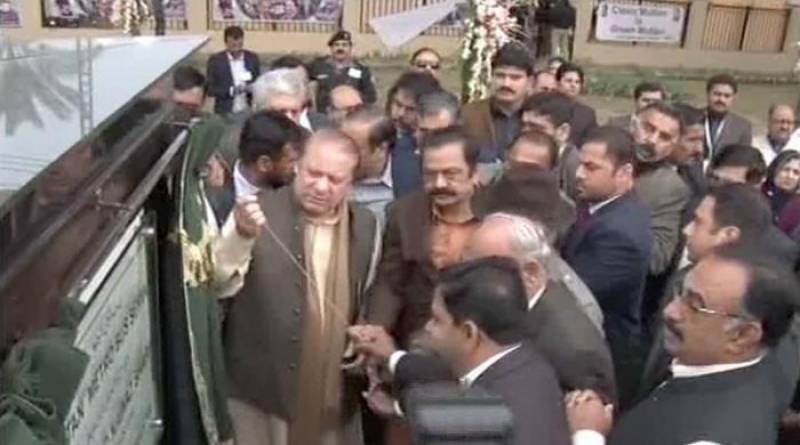 PM Nawaz inaugurated the metro bus service which will take citizens around the city in only Rs20. Governor Punjab Rafique Rajwana also accompanied the Sharif brothers for the inauguration ceremony.

The 18 kilometer long track will begin from Bahauddin Zakariya University and end at Kumharan Chowk connecting 21 stations, 14 are situated at flyovers while other 7 are located on land routes.

Authorities claim that in its first phase 35 buses will operate on the route providing transportation to 95000 people every day.

The metro bus project began in Multan in 2015 and it was expected to complete in a year. However financial constraints and import of equipment caused a 7-month delay. During this stretch of time citizens had to bear traffic jams and broken roads.