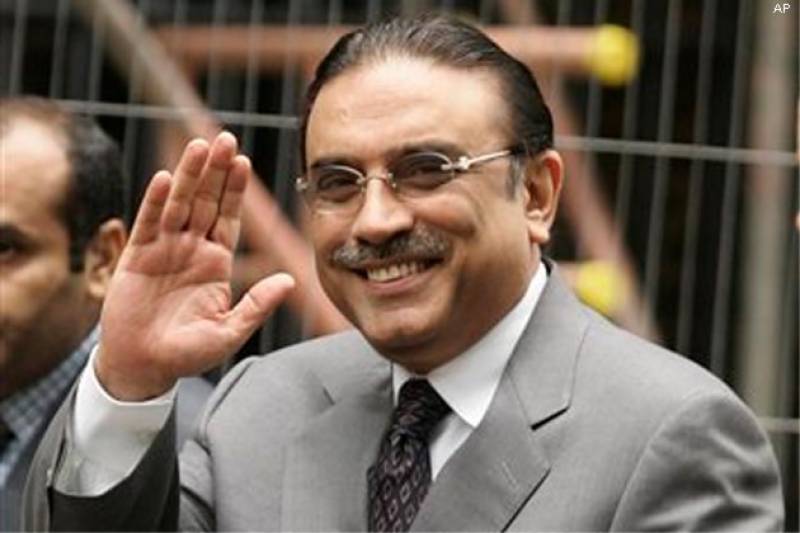 Washington: In an interview with leading US News Paper, The Washington Post, ex President Asif Ali Zardari has asked the new US President Donald Trump to appoint an envoy for South Asia on priority bases.

In the wake of Kashmir uprising and terrorist acts close to the Pak – Afghan border this step will neutralize the unabated cross border terrorism at the three S. Asian nations. The Pakistan Peoples Party co-chair also said that Trump`s critics should not dismiss him but rather give him a chance to make his mark in the region, beset by conflicts in Afghanistan, terrorist movements and the tense India-Pakistan dispute over Kashmir.

"Wait for the first 90 days at least, and then we see how the cookie crumbles, or talks and walks," Zardari said.

On January 20, Zardari attended the inauguration of Trump as the 45th President of the US.

He also highlighted the fact that Trump won against former Secretary of State Hillary Clinton during the November 8 elections in those states where defeating Democrats was deemed impossible.

Zardari further claimed that Trump should avail the chances to defeat terrorism which his predecessor Barack Obama did not.

He urged Trump to do what Obama did not."Barack Obama did not keep appropriate contact with any Chief Executive of Pakistan," said Zardari.