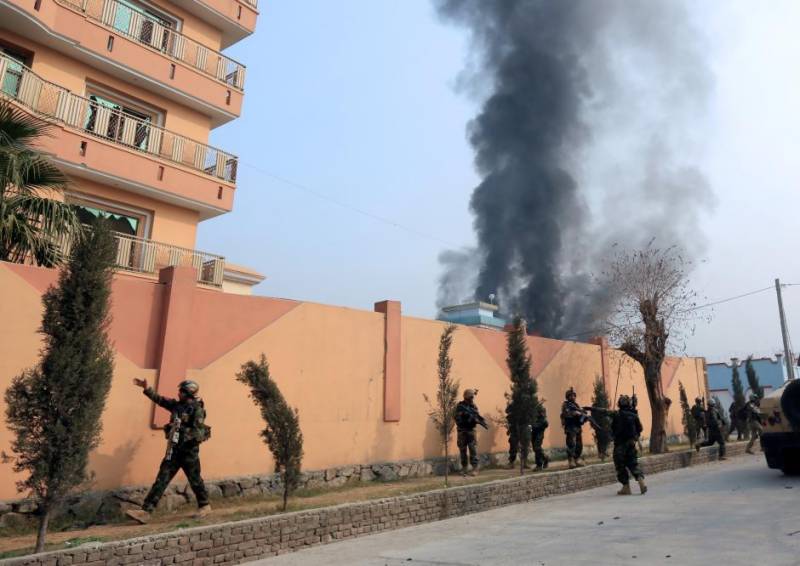 Jalalabad (Reuters): Gunmen stormed an office of the Save the Children aid agency in the Afghan city of Jalalabad on Wednesday and battled security forces surrounding the building, killing at least two people and wounding 12, officials said.

The attack began with a suicide car bomb outside the office at around 9.00 a.m., followed by gunmen entering the compound, a spokesman for the government in the eastern province said. Schoolchildren and residents fled the area as Afghan Special Forces arrived to engage the attackers.

“There was a blast and the target was Save the Children,” said spokesman Attaullah Khogyani. “Attackers entered the compound and the fight is going on.”

Some witnesses said there appeared to have been at least four attackers in police uniform, a commonly used tactic, but there was no immediate official confirmation.

The director of the provincial health department said 12 wounded people had been taken to hospital.

“An explosion rocked the area and right after that children and people started running away,” said Ghulam Nabi, who was nearby when the bomb exploded. “I saw a vehicle catch fire and then a gunfight started.”

The attack underlines how difficult operating in Afghanistan has become for humanitarian aid organizations which have faced heavy pressure from armed groups and kidnappers.

In October, the Red Cross announced that it was drastically reducing its operations in Afghanistan following attacks that killed seven of its staff last year.

“An attack against an organization that helps children is outrageous. Civilians aid workers must not be targeted,” said Monica Zanarelli, head of the Red Cross delegation in Afghanistan. “Increased violence has made operating in Afghanistan increasingly difficult for many organizations.”