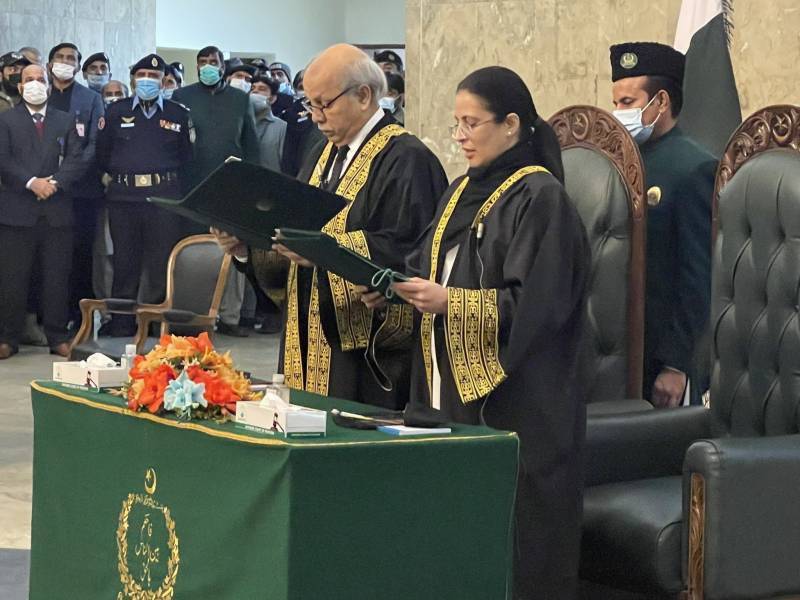 Islamabad (Staff Report/Agencies): Justice Ayesha Malik on Monday made history in Pakistan’s judicial system after being sworn in as the first female judge of country’s top court.

Chief Justice of Pakistan Gulzar Ahmed administered the oath to Justice Malik at the SC building.

The ceremony was attended by Justice Umar Ata Bandial, who has been nominated as the next top judge of Pakistan, and other SC judges.

Justice Ayesha had been officially elevated to the rank of a judge of the apex court after the Judicial Commission of Pakistan (JCP) approved her appointment as an SC judge with a vote of five to four.

With Justice Ayesha taking the office as an SC judge, the apex court has attained the strength of 17 judges of whom eight belong to Punjab alone.