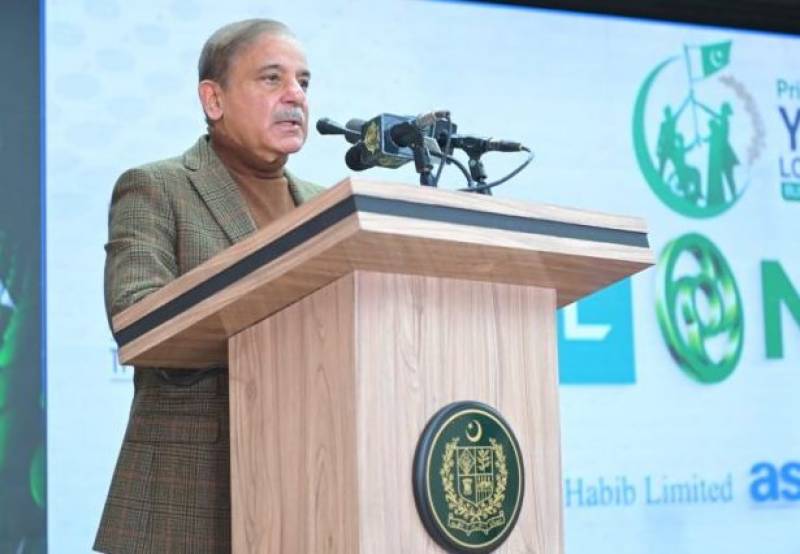 The loan schemes are aimed at promoting self-employment and entrepreneurship amongst the youth through different business and agriculture initiatives.

Addressing the launching ceremony, the premier said that Pakistan was passing through difficult times and resolved that he would sacrifice all his political career and life for the sake of the country.

“I have served thrice as a chief minister of Punjab and now serving as an incumbent prime minister of the country, what legacy we will leave behind if these issues are not being addressed? It is clear that Pakistan is facing huge challenges, and if we have taken responsibility, we will make our last-ditch efforts to steer the country out of the difficulties,” he stressed.

PM Shehbaz said it was our collective responsibility as Pakistanis, politicians and the Muslims to respond to the difficult situation, and he would not even desist from sacrificing his life for the country.

He said in this path, problems would spring up, but they would have to bear the pains.

"The people at the helms of affairs, politicians and rich have to set an example, as it was unfair to burden the poor with price hike and let the rich and elite to enjoy on the country’s loans", he added.

Expressing his optimism, PM Shehbaz said that youth had the potential and talent and together, they would steer Pakistan out of the current issues.

He praised them as ‘the shining stars on the horizon of the country’.

Shehbaz Sharif said that the prime responsibility of addressing the country’s issues rested with the government.

"We took reigns of the government under the most difficult times, but despite all these ordeals, our resolve grew stronger to make Pakistan stronge", he added.

As per the details, people in the age group of 21 and 45 years can avail of the loan facility of up to Rs7.5 million under these schemes. For IT and E-commerce businesses, the lower age limit is 18 years.

Meanwhile, 25% quota has been reserved for women. Islamic banking facilities can also be availed on the loan scheme.