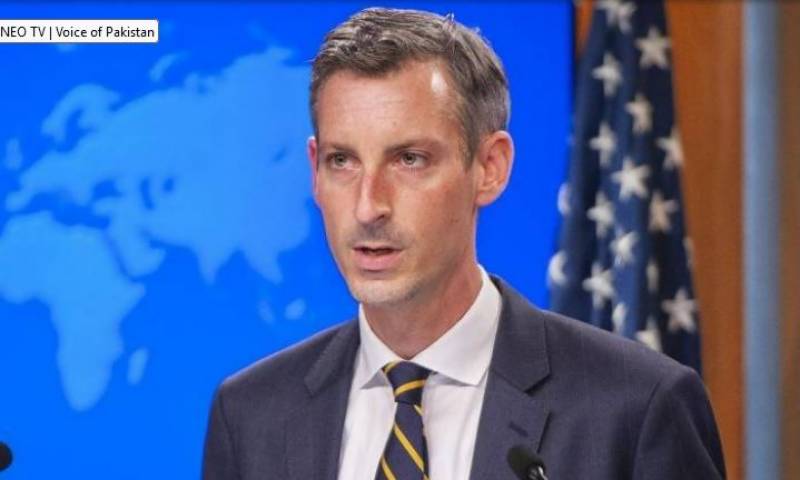 Washington (Agencies): The United States (US) wants to see regional stability in South Asia, but any dialogue between India and Pakistan was something for the two countries to decide, State Department Spokesperson Ned Price has said.

The State Department spokesperson was responding to a question by a private Pakistani television correspondent about his reaction to Prime Minister Nawaz Sharif’s recent statement urging his Indian counterpart Narendra Modi to hold serious and sincere talks to resolve the burning issues between the two countries, including Kashmir.

“We have long called for regional stability in South Asia, but the pace, the scope, the character of any dialogue between India and Pakistan is a matter for those two countries — India and Pakistan,” Ned Price asserted.

Asked by an Indian correspondent about the massive power breakdown across Pakistan following the collapse of the national grid, the spokesperson said he was aware about what transpired in the country, saying, “Our thoughts are with all those who’ve been affected by the outages”.

Further asked whether the US was sending someone to Pakistan to look into the problem and come up with a long-term solution, Price said the US had assisted its Pakistani partners across any number of challenges, and “We are prepared to do so in this case if there is something that we’re able to provide. But I’m not aware of any particular requests.”

Responding another question if the US would open door for talks with the Pakistan Tehreek-e-Insaf (PTI) chief Imran Khan if his party returns to power, Ned Price said that the US was open and would work with any elected government in Pakistan.

“Pakistan is a partner of ours; we share a number of interests. We have demonstrated our desire to see constructive relations with Pakistan over the course of successive governments.

As we have said in different contexts, we judge governments by the policies they pursue. It would ultimately be a question of the type of policy that any future government of Pakistan might pursue,” he added.