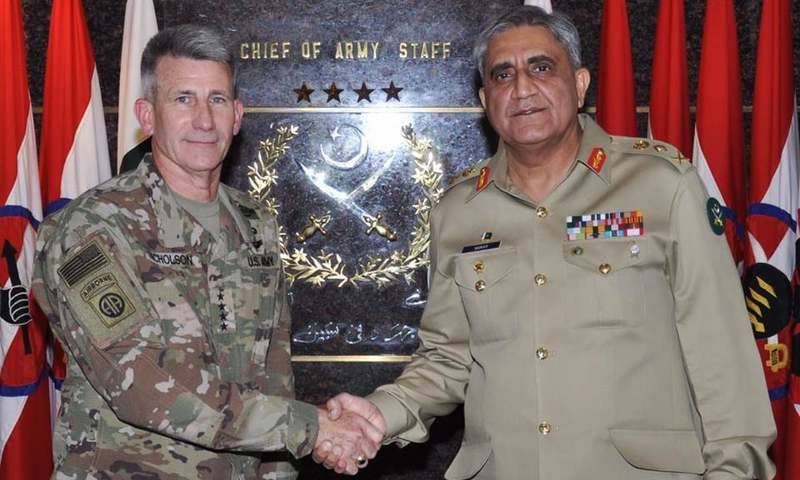 Rawalpindi (Staff Report): Chief of Army Staff General Qamar Javed Bajwa on Monday expressed concerns at the efforts by some quarters in Afghanistan and the US against Pakistan’s role in war against terrorism.

The concerns were shared in a meeting with the Commander, Resolute Support Mission (RSM) and United States Forces in Afghanistan, Gen John W. Nicholson.

"It is not a coincidence that this theme is being played at a time when a policy review is being undertaken in the US," Gen Bajwa told Gen Nicholson, according to a statement issued by Inter-Services Public Relations (ISPR).

The two generals also agreed on the need for "continuous engagement and coordination for peace and stability in the region," ISPR said.

"Pakistan will continue to act positively despite provocations," Bajwa said.

The ISPR statement said that Gen Nicholson had appreciated the professionalism of the Pakistan Army and expressed his admiration for the resilience of the people of Pakistan.