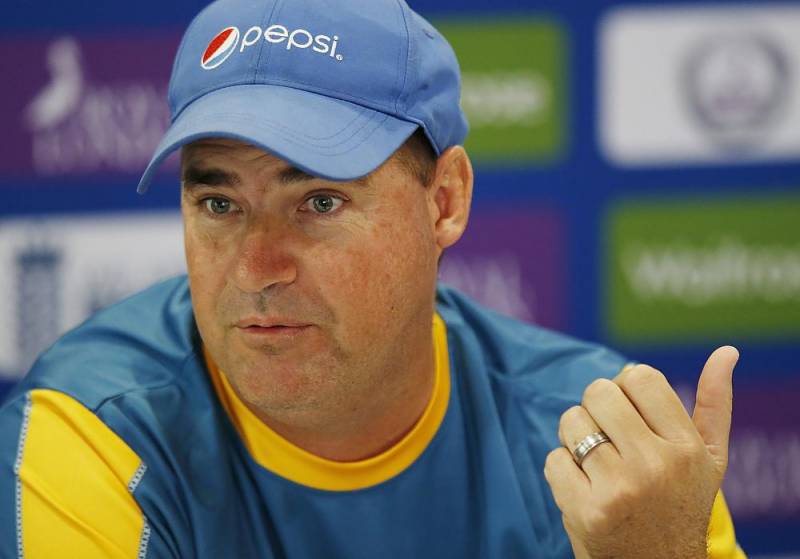 Lahore (Staff Report): Head coach Mickey Arthur is likely to have a meeting with Pakistan Cricket Board (PCB) officials on Monday where he will be consulted in chalking out future course of action for the team.

According to details, the head coach arrived in Lahore late Sunday night and expected to meet with Chief Selector Inzamam-ul-Haq and Director of Academies Mudassar Nazar, along with other officials.

During the meeting, the future course of action will be discussed regarding the team and talent development for the game. Among other topics, matters relating to the training camps at the National Cricket Academy will be brought under discussion.

According to details, the PCB will consult with Arthur for feedback on the team’s coaching support staff.

The board is believed to be unhappy with the performances of batting coach Grant Flower, a former Zimbabwean player, and fielding coach Steve Rixon, and there are chances the two coaches may be released by the PCB for their supposed failure to produce desired results.

The performances of the coaching staff will be reviewed at the Governing board meeting scheduled for July 29, after which a decision is likely to be made on retaining or releasing the support staff.