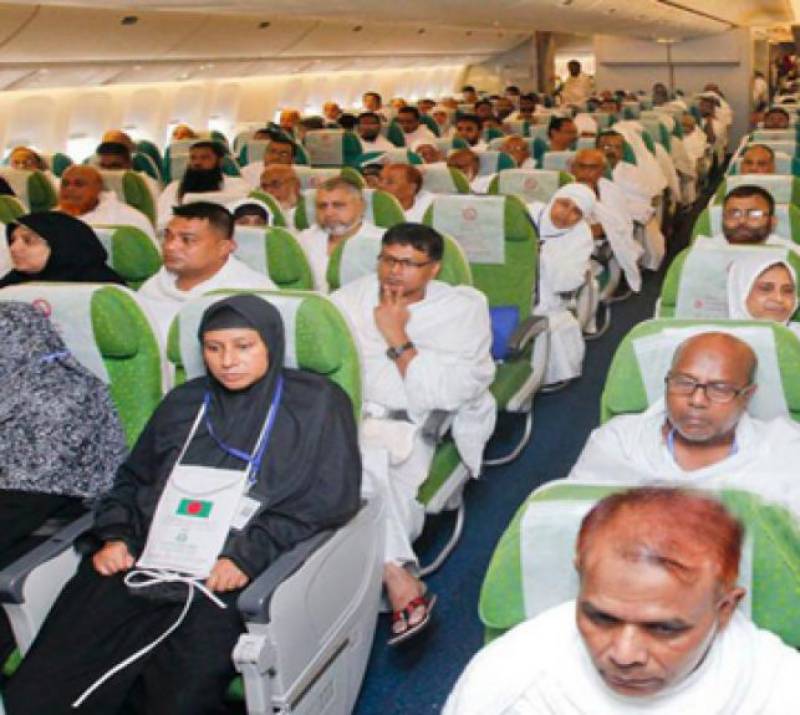 Islamabad (Web Desk): The pilgrims have taken off on Monday morning for Madina to perform their religious obligation on Hajj flight operation under the government scheme started.

Minister for Religious Affairs Sardar Muhammad Yousaf  was present at the airport to see off the pilgrims.

The ministry has made elaborate arrangements in Makkah and Madina to facilitate the pilgrims in the best possible manner, Sardar Muhammad Yousaf said on the occasion.

The acting Saudi Ambassador to Pakistan on the occasion said the Kingdom makes comprehensive arrangements in order to ensure that the pilgrims perform their Hajj rituals with ease and comfort.

As per detail provided by our correspondent Zahid Hameed, four hundred and twenty-six flights from different parts of the country will airlift over one hundred and seven thousand pilgrims to the Holy land.  The flight operation will be completed by 26 August.