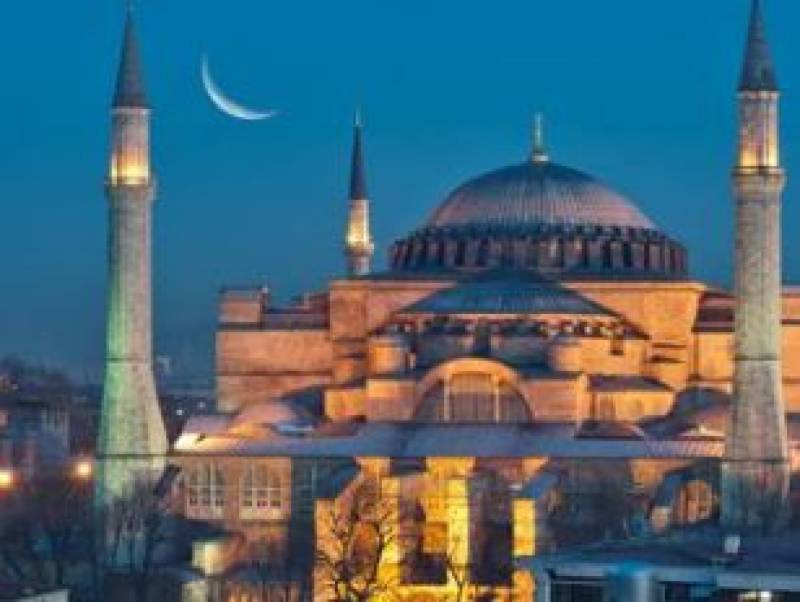 Istanbul (Web Desk): Turkey's President Tayyip Erdogan joined thousands of worshippers at Hagia Sophia on Friday for the first prayers there since he declared the monument a mosque once again.

Erdogan and his top ministers, wearing white facemasks as a precaution against COVID-19, knelt on blue carpets at the start of a ceremony which marks the return of Muslim worship to the ancient monument.

"We are ending our 86 years of longing today," said one man Sait Colak, referring to the nearly nine decades since Hagia Sophia was declared a museum and ceased to be a place of worship.

"Thanks to our president and the court decision, today we are going to have our Friday prayers in Hagia Sophia."

A top Turkish court announced this month it annulled Hagia Sophia's status as a museum.

Erdogan immediately turned back into a mosque a building which was a Christian Byzantine cathedral for 900 years before being seized by Ottoman conquerors and serving as a mosque until 1934.