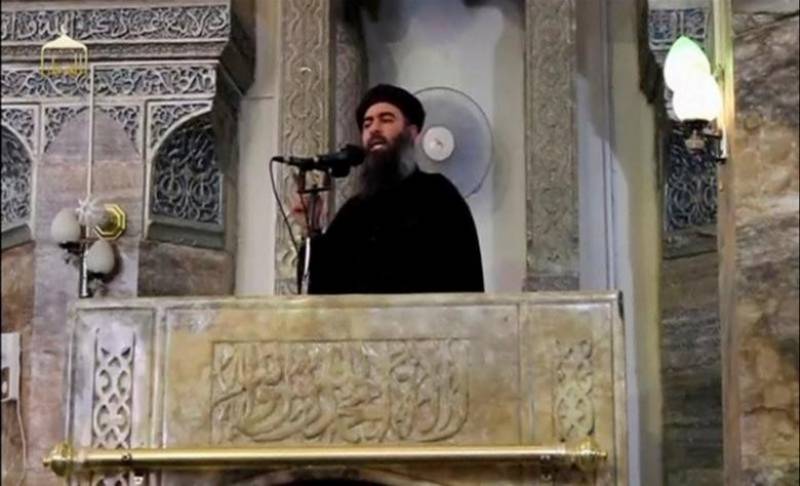 Baghdad (Reuters): If Islamic State (IS) leader Abu Bakr al-Baghdadi is confirmed dead, he is likely to be succeeded by one of his top two lieutenants, both of whom were Iraqi army officers under late dictator Saddam Hussein.

Experts on Islamist groups see no clear successor but regard Iyad al-Obaidi and Ayad al-Jumaili as the leading contenders, though neither would be likely to assume Baghdadi's title of "caliph", or overall commander of Muslims.

Russia's defense ministry said last week Baghdadi may have been killed in an air strike in Syria and Interfax news agency quoted a senior Russian parliamentarian on Friday as saying the likelihood that he had been killed was close to 100 percent.

But armed groups fighting in the region and many regional officials are skeptical about the reports.

"We don't have any concrete evidence on whether or not he's dead either," U.S. Army Colonel Ryan Dillon, spokesman for the international coalition battling Islamic State, told a Pentagon briefing.

Obaidi, who is in his 50s, has been serving as war minister. Jumaili, in his late 40s, is head of the group's Amniya security agency. In April Iraqi state TV said Jumaili had been killed, but that was not confirmed.

Both joined the Sunni Salafist insurgency in Iraq in 2003, following the U.S.-led invasion which Saddam and empowered Iraq's Shi'ite majority.

They have been Baghdadi's top aides since air strikes in 2016 killed his then deputy Abu Ali al-Anbari, his Chechen war minister Abu Omar al-Shishani and his Syrian chief propagandist, Abu Mohammad al-Adnani.

"Jumaili recognizes Obaidi as his senior but there is no clear successor and, depending on conditions, it can be either of the two (who succeeds Baghdadi)," said Hisham al-Hashimi, who advises several Middle East governments on IS affairs.

Baghdadi awarded himself the title of caliph - the chief Muslim civil and religious ruler, regarded as the successor of the Prophet Mohammad - in 2014. Obaidi or Jumaili would be unlikely to become caliph because they lack religious standing and Islamic State has lost much of its territory.

"They don't belong to the Prophet Mohammad's lineage. The group has no longer 'a land to rule' or 'Ardh al-Tamkeen'. And none is well versed in Islamic theology," said Fadhel Abu Ragheef, another Iraqi expert on the extremist group.

"A caliph has to have an Ardh al-Tamkeen, which he rules in accordance with Islamic law. Failing that, the successor will just be recognized as the emir," said Hashimi.

Emir is Arabic for prince, and is a title that jihadists often use to describe their leaders.

By contrast, Baghdadi, born as Ibrahim Awad al-Samarrai' in 1971, comes from a family of preachers and studied Islamic law in Baghdad.

The appointment of the new leader would require the approval of an eight-member shoura council, an advisory body to the caliph. But its members would be unlikely to meet for security reasons so would make their opinion known through couriers.

Six members of the council are Iraqis, one Jordanian and one Saudi, and all are veterans of the Sunni salafist insurgency.

A ninth member, the group's Bahraini chief cleric, Turki al-Bin’ali, was killed in an air strike in Syria on May 31.

In Washington, two US intelligence officials said they believed Islamic State had moved most of its leaders to al-Mayadin in Syria'a Euphrates Valley, southeast of the group's besieged capital there, Raqqa.

Among the operations moved to al-Mayadin, about 80 km (50 miles) west of the Iraqi border, were its online propaganda operation and its limited command and control of attacks in Europe and elsewhere, they said.