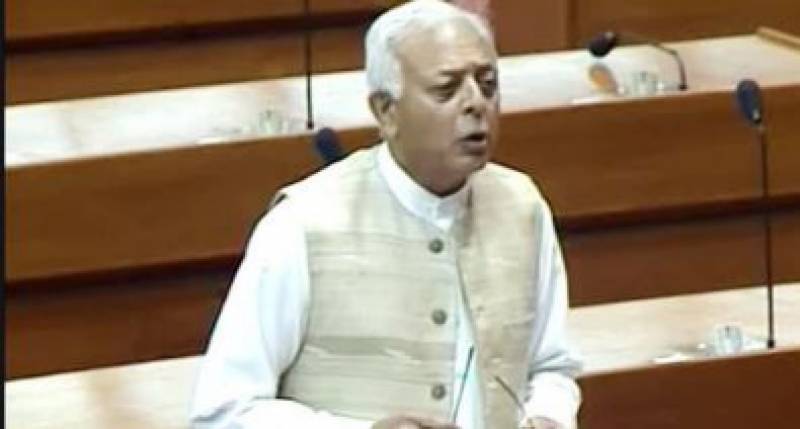 Islamabad (Staff Report/Agencies): The initial report held the pilots, cabin crew and the Air Traffic Control (ATC) responsible for the Pakistan International Airlines (PIA) June 22 plane crash which resulted in the deaths of 97 out of 99 persons on board the flight.

Aviation Minister Ghulam Sarwar Khan presented the preliminary report before the National Assembly on Wednesday, saying the report found the pilots, cabin crew and ATC officials to be at fault for not following set procedures.

Khan said there was no technical fault in the plane and both the pilots were medically fit to fly.

He added that data from the Digital Flight Data Recorder (DFDR) and Cockpit Voice Recorder (CVR) was decoded in the presence of foreign experts.

"According to the report, the plane was 100 per cent fit for flying. It had no technical fault.

Flights were suspended due to corona, the plane took its first flight on May 7 and the crash happened on May 22. In between, it completed six flights successfully; five to and from Karachi and one to Sharjah.

"The pilot on the final approach did not identify any technical fault [as well]. At a distance of 10 miles from runway, the plane should have been at an altitude of 2,500 feet but it was around 7,220 feet. This was the first irregularity," Khan said.

He said that the ATC told the pilot thrice that the plane was too low to land but he refused to listen. Another important factor was that the pilot closed the landing gears at a distance of five nautical miles from the runway even though they were open before, he added.

262 pilots with 'dubious' credentials to be grounded: minister