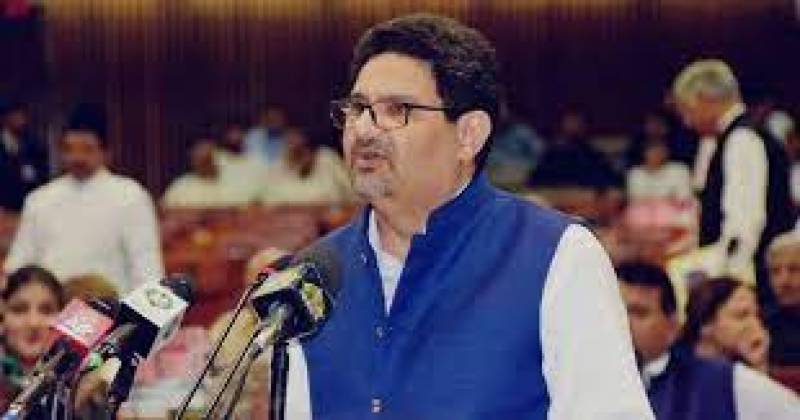 Islamabad (Web Desk): Federal Finance Minister Miftah Ismail on Friday said that the government has decided to levy super tax on the affluent class to reduce budget deficit in order to end reliance on foreign assistance and take the country towards economic sovereignty.

The finance minister said that 13 high earning sectors including oil and gas, cigarettes, cement, LNG terminals have also been identified for imposition of 10% super tax on income of Rs300 million. He clarified that this will be one time tax.

Miftah Ismail said that there are 9 million retail shops and it has been decided to bring 2.5 million of them to the tax net. A fixed tax will be imposed on them.

The minister further said that only 22 gold shops out of 30,000 are registered.

A fixed tax will be levied on the gold shops measuring up to 300 square feet whilst sales tax on big jewellery shops has been reduced from 17% to 3%.

He said withholding tax on sale of jewellery has been reduced to 1% from the current 4%.

"A fixed tax will also be imposed on car dealers, restaurants and those constructing houses", the minister said.

He said that tax has been imposed on income and not consumption. Therefore, these measures will not cause inflation.

"After incorporating various suggestions and measures the tax revenue target has increased to Rs7,470 billion for the next fiscal year," Miftah said, adding that Rs4,373 billion will be distributed to provinces as their share.

The finance minister said that the government has tried to reduce burden on the weak segments of the society.

He said that sugar, flour and ghee will be provided to the people at subsidized rates throughout the year at the Utility Stores.

"One million people have so far registered to avail Sasta Petrol and Sasta Diesel scheme," the minister informed the House.

The minister also announced incentives for different sectors. He said the condition of withholding tax and statement for IT companies with the revenue of less than Rs80 will be exempted.

Miftah said that tax being charged from oil marketing companies at the rate of 0.75% has been brought back to 0.5%.

He said that Overseas Pakistanis having NICOP card will be included in the active tax payers’ list.

The minister said that income on the plots of the families of martyrs and war injured has been exempted from tax. He said relief has also been given to leather and surgical goods.

The finance minister said the coalition government has saved the country from default and taking it towards development.

He said the previous government led by Pakistan Tehreek-e-Insaf (PTI) took an unprecedented loan of Rs20,000 billion in four years.

"How a country can remain economically sovereign by taking huge loans, " the minister said, adding that the situation compelled the incumbent to revive the stalled IMF programme.

Miftah said that difficult decisions were taken in the national interest after consultations with all the allied parties.

"Given the current account deficit which will remain $17.50 billion, we have to agree to the IMF recommendations to safe the country from default," he said.

The minister said that this is the most pro-farmer budget ever presented in the last two decades.

He said this farmer friendly budget will accrue long term benefits for the country and help bolster agri-products, besides achieving self-sufficiency in edible oil, wheat and other crops.

Talking about recommendations made by the Senate, he said most of the suggestion of the Upper House has been incorporated. He said Senate’s recommendations on pharmaceutical goods will be entertained in the next budget.

Milftah Ismail concluded his speech by thanking the PM, his team and others, including "international institutions whose help Pakistan will strengthen".