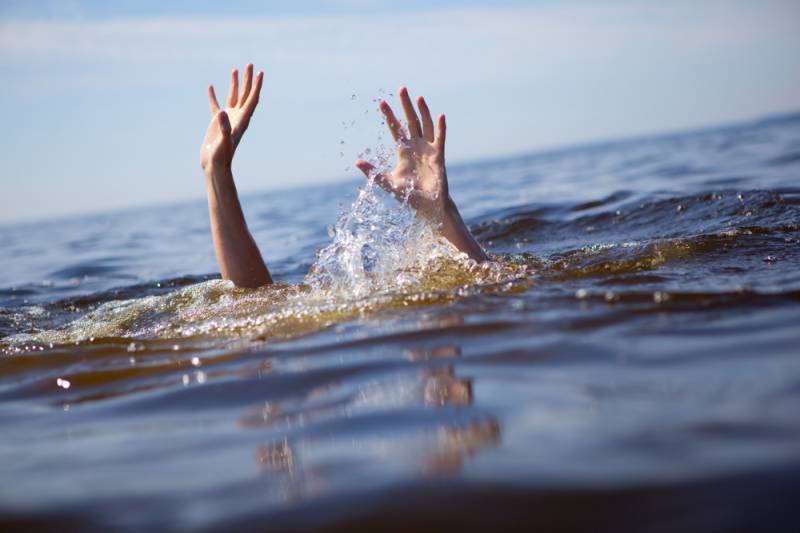 ROME: The UN’s refugee agency (UNHCR) said it was “deeply alarmed” after the Golfo Azzuro, a boat operated by Spanish NGO Proactiva Open Arms, reported the recovery of the bodies close to the drifting, partially-submerged dinghies, 15 miles off the Libyan coast. Over 250 African migrants were feared drowned in the Mediterranean Thursday after a charity’s rescue boat found five corpses close to two sinking rubber dinghies off Libya.

“We don t think there can be any other explanation than that these dinghies would have been full of people,” Proactiva spokeswoman Laura Lanuza told foreign media. “It seems clear that they sunk.”

She added that the inflatables, of a kind usually used by people traffickers, would typically have been carrying 120-140 migrants each.

“In over a year we have never seen any of these dinghies that were anything other than packed.”

Lanuza said the bodies recovered were African men with estimated ages of between 16 and 25. They had drowned in the 24 hours prior to them being discovered shortly after dawn on Thursday in waters directly north of the Libyan port of Sabrata, according to the rescue boat s medical staff.

Vincent Cochetel, director of the UN refugee agency (UNHCR)’s Europe bureau, said NGO boats patrolling the area had been called to the aid of a third stricken boat on Thursday afternoon, raising fears others may have perished on what Proactiva called “a black day in the Mediterranean.”

Despite rough winter seas, migrant departures from Libya on boats chartered by people traffickers have accelerated in recent months from already-record levels.

Nearly 6,000 people have been picked up by Italian-coordinated rescue boats since the end of last week, bringing the number brought to Italy since the start of 2017 to nearly 22,000, a significant rise on the same period in previous years.

Aid groups say the accelerating exodus is being driven by worsening living conditions for migrants in Libya and by fears the sea route to Europe could soon be closed to traffickers.

Prior to the latest fatal incident, the UN had estimated that at least 440 migrants had died trying to make the crossing from Libya to Italy since the start of 2017. Its refugee agency estimates total deaths crossing the Mediterranean at nearly 600.

Those figures, which are also sharply up on previous years, are based on a combination of bodies recovered and testimonies from survivors of shipwrecks: what no one knows is how many people die without any trace, as in the case of the latest apparent tragedy.

Despite the growing risks, migrants trying to reach Europe still stand a good chance of making it by getting on a trafficker s boat.

More than half a million got to Italy in that fashion between late 2013 and the end of last year.

And if the trend of the opening weeks of 2017 continues, another 250,000 will have to be accommodated this year by Italy’s over-stretched facilities for asylum seekers, according to Italian interior ministry projections.

Against that backdrop, Italy has stepped up cooperation with Libya with the aim of deterring boat departures by ensuring the north African country s own coastguard turns boats back to port before they reach international waters.

The plans involve equipping and training the Libyan coastguard and helping the former Italian colony to upgrade holding camps for migrants in Libya pending their deportation to their countries of origin.

But the moves have caused concern among human rights bodies because of the squalid, dangerous conditions in the detention camps, and the inherently unstable state of the conflict-scarred country.

Italy has also stepped up its efforts to persuade other European countries to accept some of the asylum-seekers and other migrants landed at its southern ports, with limited success so far.

The overwhelming majority of the migrants reaching Italy are from Africa.

The Italian government insists most of them are economic migrants.

But rights bodies point out that some 40 percent of those who apply to stay in Italy are eventually allowed to, either because they qualify as refugees under international law or because they have a case for leave to remain under Italy s own humanitarian provisions.

“Defeating the business model of traffickers requires the existence of credible legal pathways for those in need of international protection,” UNHCR’s Cochetel said.