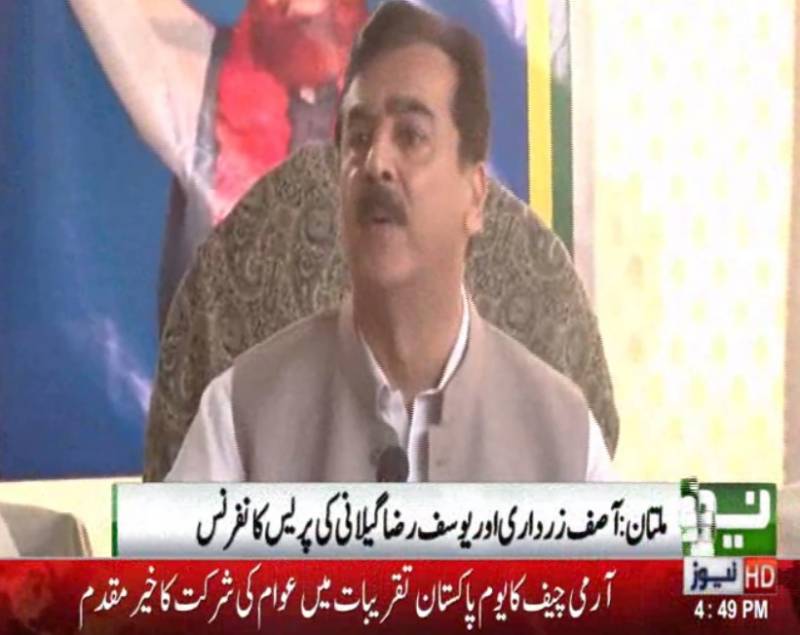 Multan (Staff Reporter): Addressing a press conference in Multan, Former Prime Minister Yousaf Raza Gillani has said that the letter send by him only directs the ambassador to ensure timely visas not bypass visa conditions. He further clarified,“This was to speed up the process.”

He stated that visas were supposed to be given to those recommended by the State Department of the US, which had to explain the reason for visa issuance. “The letter absolutely does not authorise visa issuance to US special forces which took part in the Abbottabad raid,” he said.

“I gave the letter to Hussain Haqqani through proper procedure and not by hand. The letter went the relevant ministries through rules of business,” Gilani said.

He said that if the matter must be probed, it should start from 2002.

Gilani said that the country wouldn’t be asking these questions if the judicial commission on the Osama raid had been made public.