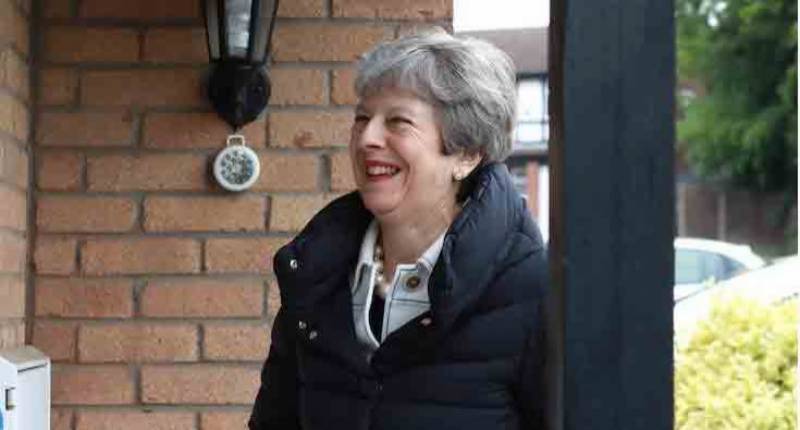 London (Agencies): British Prime Minister Theresa May is expected to announce the date of her departure on Friday.

After a crisis-riven premiership of almost three years, May is due to meet the chairman of the powerful Conservative 1922 Committee, which can make or break prime ministers.

May will remain in office during a Conservative Party leadership election lasting about six weeks. The contest is likely to start on June 10 after US President Donald Trump’s state visit to Britain, The Times reported.

May’s departure will deepen the Brexit crisis as a new leader is likely to want a more decisive split, raising the chances of a confrontation with the European Union and an election that could usher in a socialist government.

In such a fluid situation, Britain faces an array of options including an orderly exit with a deal, a no-deal exit, an election or a second referendum that could ultimately reverse the 2016 decision to leave the EU.

May, who won the top job in the turmoil that followed the EU referendum, has repeatedly failed to get parliament’s approval for her divorce deal, which she pitched as a way to heal Britain’s Brexit divisions.

Her last gambit, offering a possible second referendum and closer trading arrangements with the EU, triggered a revolt by some Brexit-supporting ministers and triggered the resignation of the minister in charge of her parliamentary business.