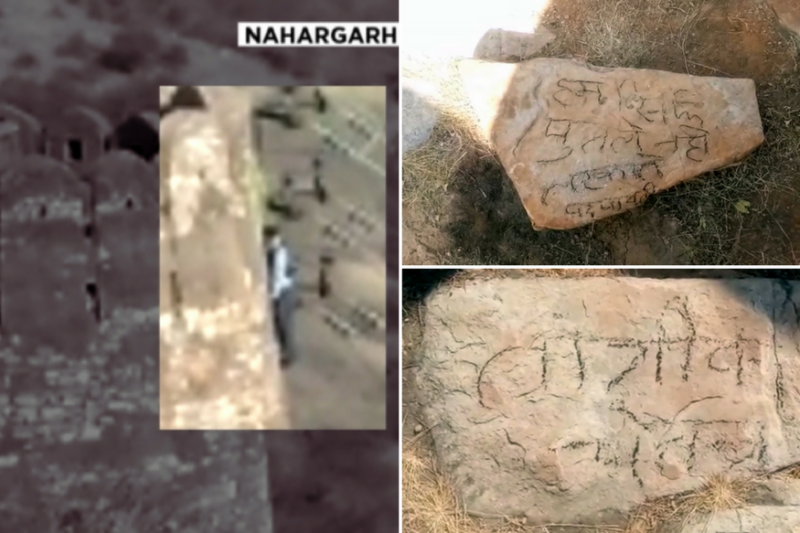 Jaipur (Web Desk): The protest against Bollywood film Padmavati has now reached a dangerous level. A body was found hanging on Friday from the fort of Nahargarho, situated 20km near Jaipur, along with threats, Indian media reported.

It was reported that police has started investigating. India’s Karni army has condemned the incident and have said that they have nothing to do with this.

Officers from the Brahmapuri Police Station were investigating at the spot. It was not immediately clear if it was a case if murder or suicide. The deceased has been identified as Chetan and he was strangled using a plastic wire, the police said while adding that the deceased's Aadhaar Card was found in his pocket.

Mahipal Singh Makrana, a member of the Rajput Karni Sena which has been spearheading the Padmavati protest, said his outfit did not have anything to do with the latest development.

“This is not our way of protest. I want to tell people not to resort to such methods,” Makrana said.

His outfit had last week threatened to chop off Deepika Padukone’s nose “just as Soorpanakha’s nose was chopped off”.

Meanwhile, the Delhi HC has rejected the plea for an expert panel on Padmavati, as Karni Sena members burnt director Bhansali's effigy in the national capital.

Padmavati has been facing the wrath of various Rajput groups and political leaders, who have accused Bhansali of distorting history.

Congress' Sachin Pilot has come out against the incident and called for investigations while terming it a 'sad' affair. "Any violence that happens is bad and not acceptable, no body can support those who indulge in violence," said the leader.

Historians are divided on whether Padmini actually existed. She finds mention in the 16th-century epic poem Padmavat.

Earlier scheduled to arrive in cinema halls on December 1, the release date of the film has now been postponed by the makers until further notice.