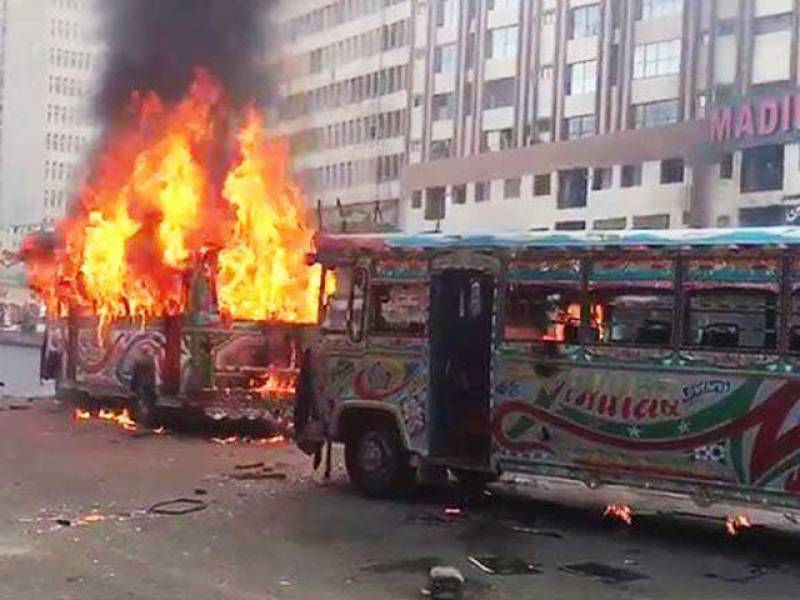 Karachi (Web Desk): An angry mob set two buses on fire after one of them knocked down a six-year-old girl and killed her on Friday morning.

Police reported, the speeding passenger bus hit a motorcycle and killed the six-year-old who was going to school with her father.

The father of the girl also sustained injuries and was taken to the hospital, rescue officials told media. However, the driver of the bus managed to escape from the scene.

The body of the girl has been shifted to Civil Hospital for legal formalities and a case has been registered.

“The accident happened when one driver was racing with another bus,” DIG South said adding that the accident triggered protest in the area and people set the buses on fire.

“The mob has also damaged another van too,” DIG said adding that the police reached on the spot and arrested four people.