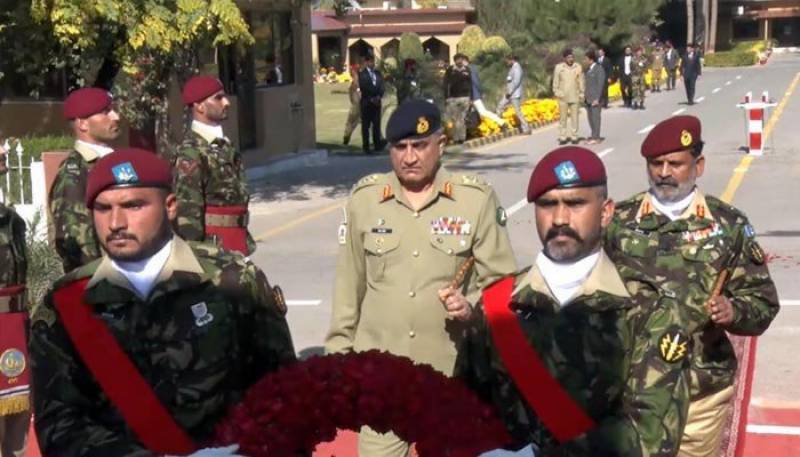 According to a statement issued by the Inter-Services Public Relations (ISPR), the visit of the army chief was in connection with installation of colonel commandant of SSG.

The statement said that Major General Abid Rafiq was installed as first colonel commandant of SSG.

Talking to guests, including serving and retired officers of SSG, the army chief hailed their unmatched contributions, especially during counter-terrorism operations.

He said that SSG of Pakistan Army is the best special force in the world and they have proved it through professional performance and great sacrifices of their sweat and blood, the ISPR statement added.

The COAS also laid wreath at the Martyrs Monument.