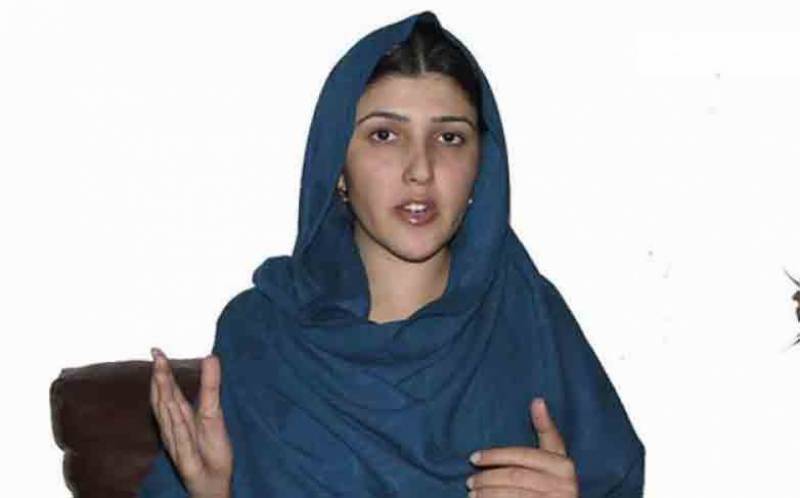 Two members of the five-member ECP bench, from Punjab and Balochistan, have authored a dissenting note in the judgment.

The lawyers from both sides presented arguments in today’s hearing, where Gulalai was also present.

Imran Khan’s lawyer Sikander Mohmand said that it is the party leadership’s prerogative if they want to take action against someone.

The lawyer said that Gulalai said she couldn’t attend the assembly session when the new prime minister was elected due to sickness, but conducted a press conference the same day.

In turn, Gulalai’s lawyer said that her client’s response to the PTI show cause notice wasn’t accepted.

The lawyer said, “The PTI’s stance that it didn’t receive the answer to the show cause notice is incorrect.”

In the previous hearing on Oct 17, Imran’s lawyer reiterated before the commission that Gulalai announced to leave the party and then backtracked from her statement.

The lawyer said, “Gulalai leaving the party but not leaving assembly membership is not possible as per the party Constitution.”

Gulalai’s lawyer barrister Masroor rejected PTI accusations and said that expressing the desire to leave the party and actually resigning are not the same thing.

Gulalai never tendered her resignation to the party and said that she isn’t leaving PTI in National Assembly, Masroor said.

On August 28, Imran Khan had sent a notice to Gulalai stating that she has defected from the party in terms of Article 63 A (1) of the Constitution.

The notice states that Gulalai on August 1 publically resigned from the party, did not vote for the party’s designated candidate in the prime minister’s elections.

Gulalai announced to quit the party in early August after levelling allegations of harassment and corruption against the PTI chief.