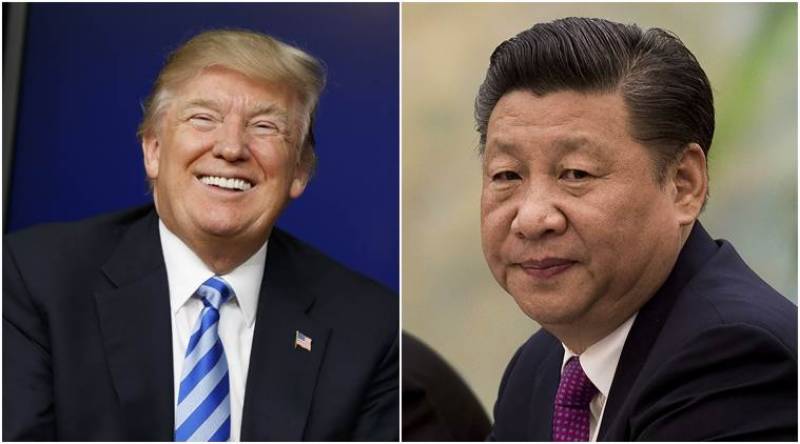 Washington (Reuters): United States President Donald Trump will advise Chinese President Xi Jinping to make good on his commitments to pressure North Korea when he visits China next month, a senior White House official said on Monday, stepping up a strategy to have Beijing help rein in Pyongyang.

Isolating North Korea further over its nuclear and ballistic missile tests is a key goal for Trump on what will be his longest foreign trip to date.

Trump will call on Xi to fully implement U.N. Security Council resolutions against Pyongyang and take other steps to pressure North Korea.

China has said it will strictly enforce U.N. Security Council sanctions banning imports of coal, textiles and seafood, while cutting off oil shipments to the North.

But a senior White House official who briefed reporters ahead of Trump’s trip said China needs to do more to comply with two U.N. Security Council resolutions that were approved unanimously, including with China’s support.

Though China has been angered by North Korea’s repeated nuclear and missile tests and demanded they stop, Beijing also sees the United States and South Korea sharing responsibility for rising tensions because of military drills they carry out in the region.

South Korea, the United States and Japan started a two-day missile tracking drill on Tuesday, South Korea’s military said in a statement, in preparation for any missile or nuclear threats from North Korea.

The exercises will be held in waters off the coasts of South Korea and Japan, South Korea’s Joint Chiefs of Staff said, with four Aegis combat system-equipped ships from all three countries participating in the drill.

China’s special envoy for the North Korea nuclear issue, Kong Xuanyou, met his U.S. counterpart, Joseph Yun, in Beijing on Monday, China’s Foreign Ministry said, where they had a “deep exchange of views on the Korean peninsula issue”. The ministry did not elaborate.

But this strategy has so far failed to stop Pyongyang conducting nuclear bomb tests at an underground facility and firing ballistic missile tests into the Pacific Ocean over Japan.

The threat from North Korea has grown to a “critical and imminent level” and the United States, Japan and South Korea must address the matter, Japanese Defence Minister Itsunori Onodera told his U.S. and South Korean counterparts in talks on Monday.

The White House official, speaking on condition of anonymity, said Trump is looking for a peaceful resolution of the North Korea standoff.

Asked by reporters whether an offer by former President Jimmy Carter to serve as a U.S. envoy to North Korea would be accepted, the official said: “There’s nothing planned.”

Singapore Prime Minister Lee Hsien Loong said on Monday he outlined for Trump his country’s efforts to pressure North Korea over its nuclear program but also advised the U.S. leader to use talks to help resolve the conflict.

“There is no quick and easy solution. Pressure is necessary but so is dialogue. The U.S. will need to work with others, including China, South Korea and Japan and Russia to resolve the issue,” he said.

With Xi consolidating power in the wake of a Communist Party Congress in Beijing, Trump believes the Chinese president will have a greater authority to take steps against North Korea, senior administration officials said last week.

Trump’s Nov. 3-14 trip will include visits to Japan, South Korea, China, Vietnam and the Philippines.

Trump will also be tough on trade during talks with Xi as he seeks to reduce the U.S. trade deficit with China, the White House official said.

“We have huge barriers that Americans companies have to surmount to gain access to the Chinese market. The president is intent on rectifying that situation,” the official said.

Despite Trump’s fierce criticism of China’s trade practices during the presidential campaign, he has mostly held off on any major trade action while his administration works with Beijing on North Korea.

China has insisted it is doing all it can, and some Chinese diplomats say the Trump administration has overestimated how much influence Beijing has over its defiant neighbor.

Even as China has shown signs of tightening enforcement of sanctions on North Korea, it has stopped short of agreeing to U.S. demands for a fuel embargo and has urged the United States to negotiate with Pyongyang.