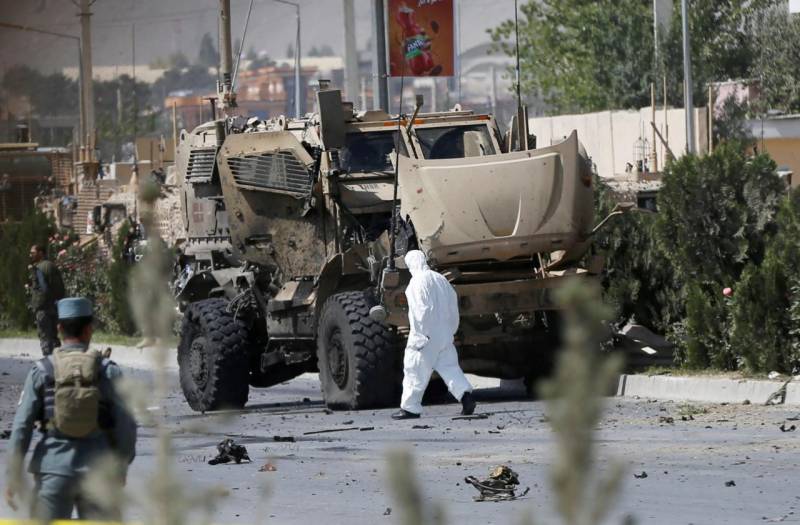 A Danish military spokesman said some civilians may have been killed but Afghan officials reported no fatalities. Security officials say five civilians had been wounded while the interior ministry put the figure at three.

Captain William Salvin, a spokesman for NATO’s Resolute Support mission, confirmed an attack had occurred and said a team was on the scene to recover the vehicle.

“There are no Resolute Support casualties as a result of the explosion,” Salvin he said in an emailed statement.

The Danish spokesman said the Danish soldiers were part of a security team normally engaged in protecting advisers traveling to and from the Afghan military academy near Kabul.

NATO personnel traveling by road normally travel in convoys of three heavily armored personnel carriers which can resist all but the heaviest explosions.

Past suicide attacks on such convoys have usually caused casualties among nearby civilians while leaving their targets relatively unharmed. NATO personnel now often travel even short distances in Kabul by helicopter.

The Taliban, which often exaggerates casualty estimates from its attacks, said 16 Americans had been killed and three armored vehicles destroyed. It said it was preparing to step up the pace of attacks on foreign forces in Afghanistan.