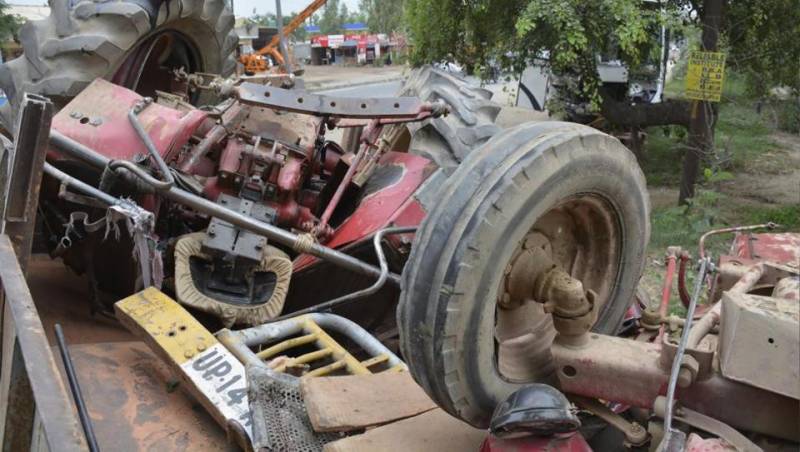 Quetta (Staff Report): At least four people including a one-year-old infant was killed and eight others were seriously injured when a passenger bus collided with a tractor-trolley in Quetta on Sunday.

According to rescue sources, a passenger bus from Karachi collided with a tractor-trolley in Quetta, leaving four dead and eight seriously injured.

The injured were shifted to the Trauma Centre, while bodies of the victims were also handed over to their families.