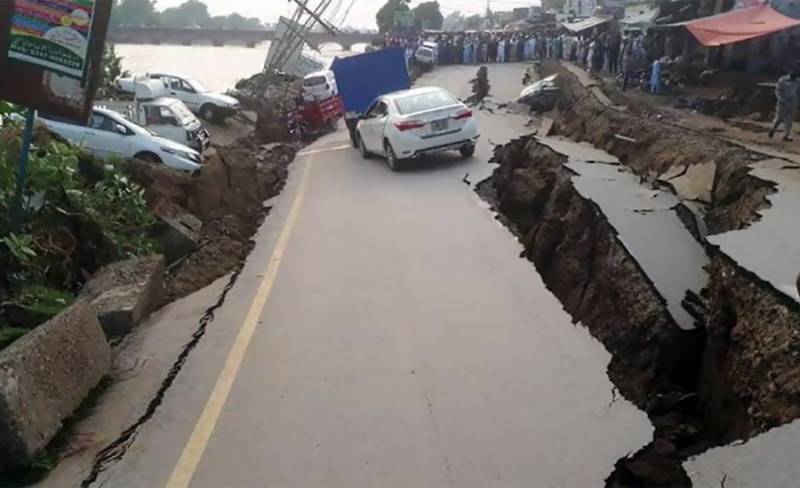 Mirpur/Jhelum (Staff Report/Agencies): At least seven people lost their lives and more than 120 wounded after a 5.8-magnitude earthquake jolt particularly areas of Azad Jammu and Kashmir, Punjab, and Khyber Pakhtunkhwa.

According to the United States Geological Survey (USGS), the 5.8-magnitude earthquake struck at a shallow depth of 10 kilometers with its epicenter lying 1km southeast of Mirpur, Azad Jammu and Kashmir.

here is teh link https://t.co/XTDBcVkyEr

Ever wondered how @LastQuake detects earthquakes and inform you about it ? Watch this video to find out ⬇️

[Spoiler alert: it's a subtile bind of crowdsourced data and seismic information... Yes, you and your smartphones are great seismic sensors ! ????] pic.twitter.com/bjERcEFXyV

Damage was reported from Mirpur city of Azad Kashmir, where a young girl was buried alive after the building she was inside collapsed. Besides her, three other people from Mirpur and its adjoining areas reportedly died at a local hospital where they were shifted in critical condition.

Epicenter of 5.8 Magnitude earthquake was 1.8 km away from Mirpur, POJK pic.twitter.com/WAfzvEbfm6

The Mangla-Jatlan highway has been severely damaged by the quake, leaving the motorists stranded and their vehicles damaged.