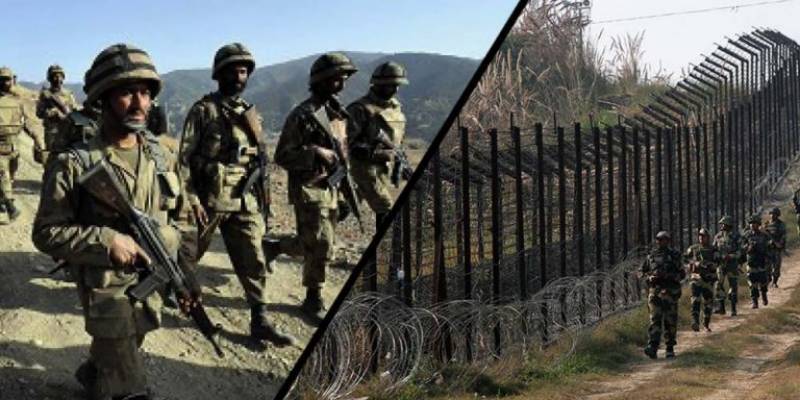 The delegation reviewed India's violations of the ceasefire agreement at the LoC and also met the victims of Indian unprovoked firing.

Director-General of the Inter-Services Public Relations (ISPR) Major General Babar Iftikhar briefed the delegation on the current situation along the LoC. “India is violating human rights in Occupied Kashmir. Since 2014 India has been violating ceasefire agreement, moreover, India is using cluster ammunitions in Neelum Valley,” he informed.

Pakistan has always welcomed the United Nations Military Observer Group (UNMOGIP)and diplomats to the LoC and had given access to the local population to observe the situation.

According to media reports, Azerbaijan, Bosnia, Herzegovina and Palestine ambassadors while representatives from Iraq, Italy, Poland, Uzbekistan, Egypt, Libya, Yemen, Afghanistan, the United Nations and the World Food Program were included among visitors.

On Wednesday, Indian army opened fire on the LoC violating International law due to which two Pakistani soldiers were martyred in exchange of fire.

According to the ISPR, Noorul Hassan and Wasim Ali were martyred in the firing. The Pakistani army retaliated against the cowardly action of the enemy and targeted the Indian posts.