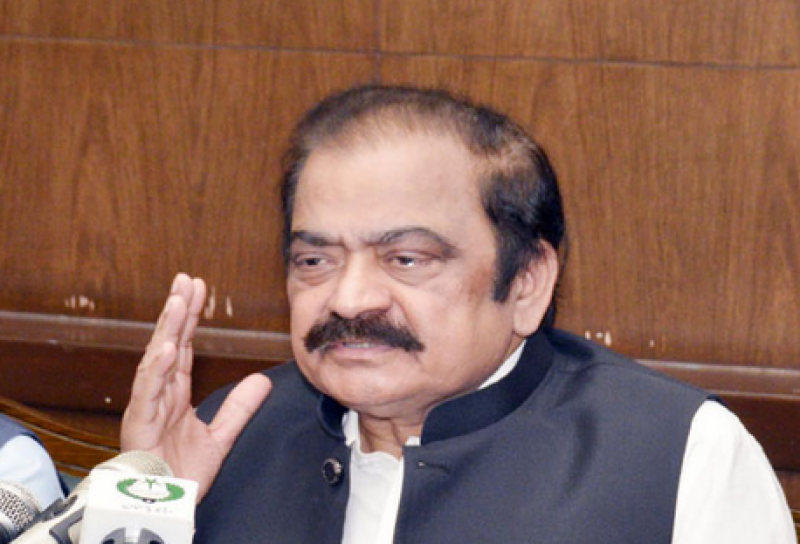 Lahore (Web Desk): Interior Minister Rana Sanaullah on Saturday said that the government will not allow anyone to storm the federal capital and disturb peace and order in the city.

Addressing a press conference in Lahore, the minister said that courts have already determined the specific places for protest and government will fully facilitate Pakistan Tehreek-e-Insaf (PTI) if their leadership decides to hold peaceful protest at the prescribed places.

Rana Sanaullah said that the protestors will be stopped if they tried to enter the red zone.

"Those who show up to protests carrying weapons are the one's who are responsible for law and order, and not those defending it," he said.

The interior minister accused the PTI chief Imran Khan of himself admitting the presence of a group that had weapons during the party's previous 'long march', held on May 25 this year.

"If any group talks about attacking Islamabad, shall we lie down in front of them?” Rana Sanaullah questioned, reiterating that the PTI will be stopped if they came in the form of violent groups.

He said that it would be the government’s attempt that “any power that used is done so carefully” to keep losses to a minimum.

The minister said that Pakistan Muslim League-Nawaz (PML-N) leader Ishaq Dar will return to Pakistan in the coming week and he will play a constructive role in the economic team of the government.

As for PML-N supremo Nawaz Sharif’s return, Ran Sanaullah said he was the party leader and the PML-N could not impose any decision on him, but it had requested him to be present to lead the party’s election campaign next year.