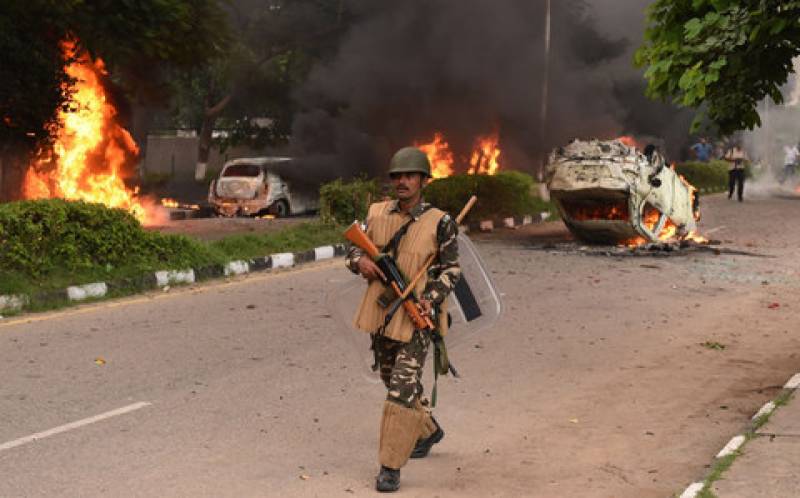 New Delhi (Web Desk): At least 30 people are reportedly dead and more than 250 wounded in unrest over the rape conviction of a popular self-styled “godman” in north India.

Tens of thousands of supporters who had been waiting for hours near the court shouted in anger after the ruling was announced against spiritual guru Gurmeet Ram Rahim Singh on Friday.

In the aftermath of deadly violence, army and paramilitary soldiers were deployed as police put the northern town on a security lockdown for fear that a guilty verdict could spark violence.

Police has used tear gas to handle the growing mobs in Panchkula. Media vehicles were vandalized by Dera supporters, some OB vans were set ablaze. A curfew has been imposed in Patiala, Panchkula, Sirsa, Bhatinda, Ferozpur, Sirsa and Mansa, according to The Quint.

Singh will be sent to a jail in the town of Rohtak until his sentence is announced on Monday, a prosecution lawyer said. However, he has denied the charges.

Singh was accused of raping two female followers in a case dating back to 2002 at the headquarters of his Dera Sacha Sauda group in the town of Sirsa.

Besides the rape charges, Singh was also under investigation over allegations that he convinced 400 of his male followers to undergo castration on the promises of becoming closer to God.