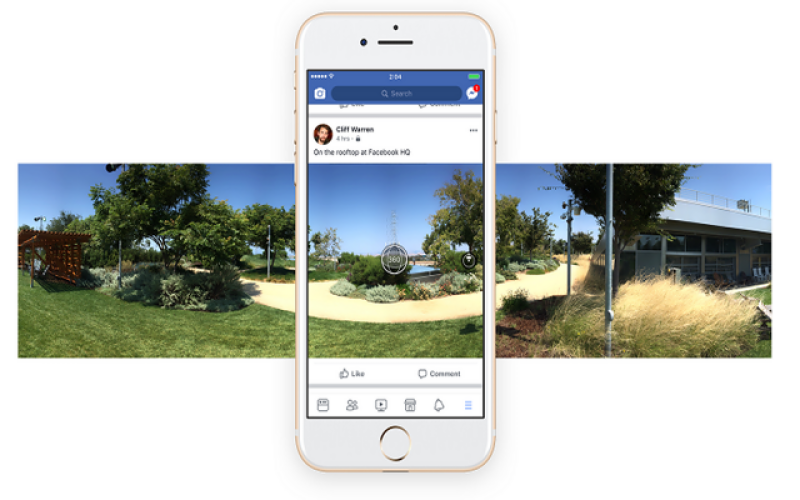 California, United States (Web Desk): The California-based tech company Facebook has introduced another exciting update on their platform that enables the users to setup a 360 Degree Image as a Cover Picture on Facebook.

All you need to do is take a 360 degree photo and set it as your cover picture. It can be done directly from Facebook Mobile App. This new feature is released for both iOS and Android. Users of both operating systems can take a picture from Facebook camera and set it as a cover picture to get many likes.

The process is very simple. Spin around to take the photos and make sure you stay within the guide lines on the screen. Choose the starting point when you are done.

Once the picture is captured it can be shared on timeline. It can also be used as cover photo.