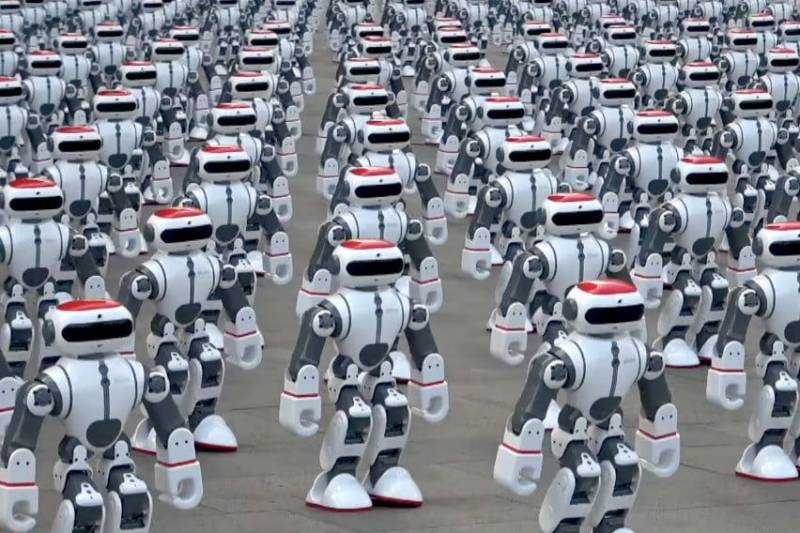 Beijing, China (Web Desk): Over 1,000 robots have set a Guinness World Record for the most robots dancing simultaneously in China.

All 1,069 robots are named Dobi and are made by WL Intelligent Technology.

A strangely mesmerising video posted on YouTube by Guinness World Records shows the robots perform a "choreographed" dance routine in nearly perfect synchronization for the attempt. Some robots toppled over during the routine and weren't included in the final count.

Watch the video below: