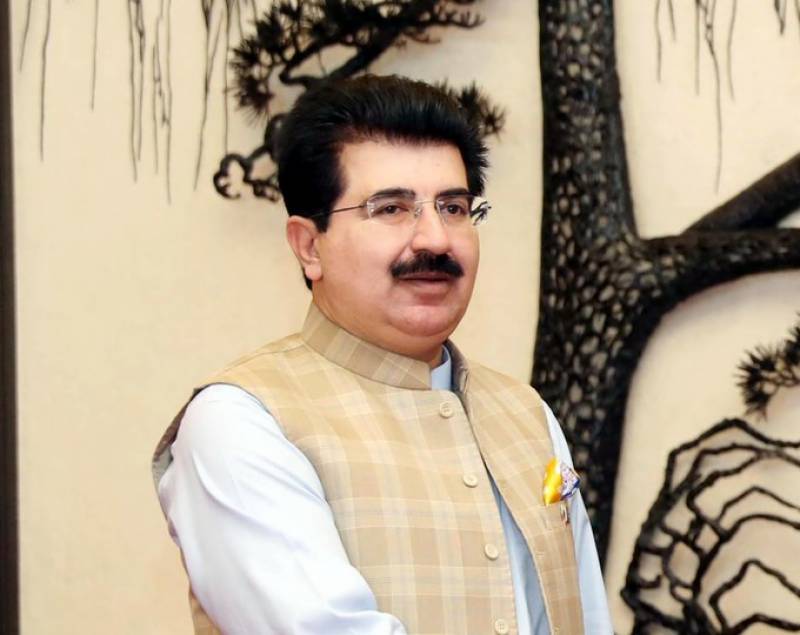 The Senate chairman, however, decided to cancel the trip as Pakistan vehemently supports Kashmiri peoples’ right to freedom from Indian occupation and condemns India’s atrocities in the occupied valley, a statement from the Senate Secretariat said.

Sanjrani was scheduled to visit the UAE from August 25 to August 28 on the invitation of the UAE government. His delegation was to hold meetings with the UAE parliamentarians and government officials.

“You deserve it,” Sheikh Mohammed told Narendra Modi at one point while posing for pictures.

The honour, a testament of growing ties between Muslim-majority UAE and India, was bestowed upon the BJP leader at a time when Modi is facing flak for revoking the special status granted to Kashmir valley.

Modi had been announced as a recipient of the prize in April in a tweet from Sheikh Mohammed, however, his Kashmir move had triggered demands to review the decision.

“We have historical and comprehensive strategic ties with India, reinforced by the pivotal role of my dear friend, Prime Minister Narendra Modi, who gave these relations a big boost,” a tweet from Sheikh Mohammed read.

Though the international community is trying to school BJP over the status of Kashmir, UAE’s ambassador to India, in particular, referred to Kashmir as an internal issue for India.